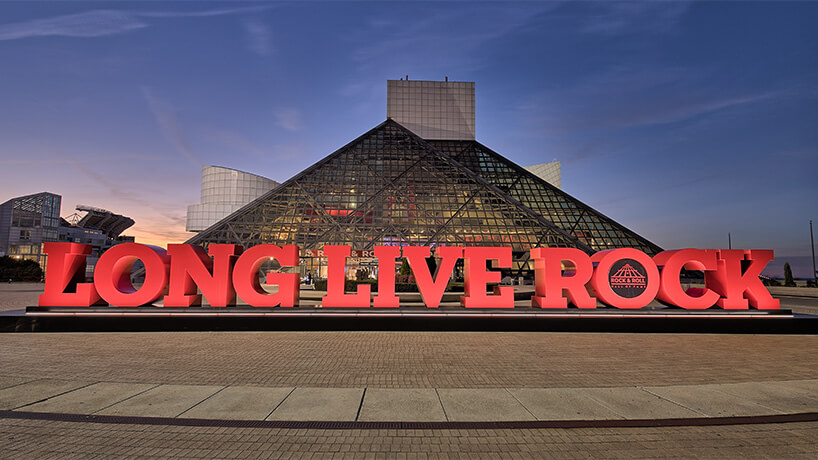 Looking to hear your attendees’ thoughts? Take a cue from one museum’s engagement strategy.

When visitors arrive at the Rock & Roll Hall of Fame in Cleveland, there are plenty of sounds to fill their ears. From a calendar of live concerts to videos of musical icons, the seven-floor museum pays tribute to the pounding drums, shredding guitars, and soulful voices that have shaped the most memorable melodies of the past 100 years. However, the minds behind the music destination are working to make visitors’ voices heard, too. The Rock Hall recently partnered with PNC Bank to launch a new initiative called Say It Loud! The mission behind the exhibit is simple: Give fans a microphone to tell their own stories.

From personal tales of the power of music to stories of recent inductees like Bon Jovi, the series invites everyone in the museum to step into a booth and discuss what they love about music and how it has impacted their lives. It’s an interactive approach to visitor engagement that replaces the traditional activities of looking and listening with thinking, talking, and sharing. According to a recent press release from the Rock Hall, the Say It Loud! story booths are just one piece of a multi-year, multimillion-dollar transformation to “crank up the fan engagement,” which includes another opportunity to turn up the volume on visitors: voting stations where fans can submit suggestions on who should be inducted to the Hall of Fame next with a digital leaderboard that showcases which artists have received the strongest support from the community.

Telling Stories at Your Events

The confessional-style videos in the story booth series are refreshingly simple — black-and-white footage without any over-the-top production elements — and the approach could be easily replicated in an on-site meeting environment on a limited budget. Consider a video booth that welcomes perspectives from attendees with questions on the biggest sources of inspiration they found on the program or the most important change they hope to make when they return home. Creating meaningful videos of why attendees care about your meeting could certainly play a powerful role in future marketing efforts. However, it also serves an immediate benefit by giving them an opportunity for reflection. In the midst of a typical jam-packed day of taking notes in education sessions and exchanging business cards, alone time can be very limited. Perhaps these video booths could create the space for contemplation.

When event professionals arrive in Cleveland for the PCMA Education Conference from June 10–13, they will have an opportunity to step inside the booth. The opening-night reception takes place at the Rock Hall. Register here to be part of it, and start thinking about your favorite musical memories.