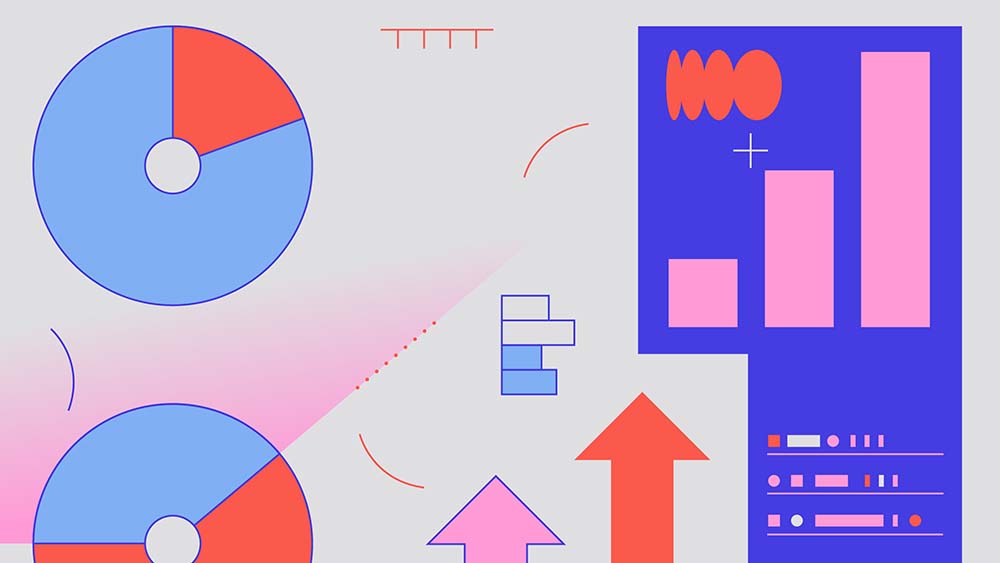 Some respondents said they relished the changes the pandemic brought to their roles, but for others, working in a business events environment that continues to have a lot of uncertainties is more stressful than ever. (Illustration by Leandro Castelao)

While the pandemic was in full swing and in-person events were not taking place, we felt it would be tone deaf to continue conducting Convene’s Annual Salary Survey — that by asking our usual benchmarking survey questions, we wouldn’t be recognizing how the profession had been turned on its head.

But now in-person events have largely resumed, although differently than before, and it seems like the right time to take stock of how event organizers have navigated major shifts in their work — to see how you are faring, work- and salary-wise. We dusted off the Salary Survey after more than two years and added some new questions to help shed light on the ways your role and worklife have changed. In late July, nearly 350 event planners participated in our survey.

The good news is on the financial front: Respondents are earning significantly more than the group of planners who responded to the last survey in late February and early March of 2020, right before COVID lockdowns. The average salary for all meeting professional respondents is nearly six figures: $98,089, more than $10,000 higher than the average overall 2020 annual compensation. And we seem to be closer to closing the gender-pay equity imbalance. In our 2020 survey, women averaged $14,000 less than their male counterparts; in this survey, men out- earned women by around $5,000.

But these financial gains have come at a cost. For an industry that was already high stress pre-pandemic, with planners putting in long workweeks and sacrificing their accrued PTO days, there has been no relief. Half of respondents said they work more than 40 hours a week and nearly one-quarter are still at it more than 50 hours a week. One-third of planners said they took the minimal number of PTO days in 2021 and 8 percent took zero days off, compared to 3 percent who said in our 2020 survey that they took none of their personal and vacation days in 2019.

Nearly eight out of 10 planners said they have had more responsibilities added to their job description in 2022, compared to 67 percent who said the same in 2020.

Here’s how respondents with CMP or DES designations fare against those without.

More than half of the respondents to this survey said their employment remained unchanged by the pandemic, but one out of five found another job in the events industry; 15 percent were furloughed; and one out of 10 were let go and their previous position remains unfilled. One out of five respondents said members of their staff had been furloughed or let go.

And with all of the fresh challenges planners face in the new environment in addition to staffing shortages on their teams and among their supplier partners — higher costs due to inflation, lower in-person attendance, financial and logistical concerns with hybrid events, and a charged political/social reality in nearly half of U.S. states due to the overturning of Roe vs. Wade, to name a few — it’s no wonder a larger percentage of them say they are dissatisfied with the events industry as a whole. In 2020, nearly nine out of 10 respondents said they were satisfied with the meetings profession; in 2022, only 65 percent said the same — a decrease of 22 percent.

One thing planners have told us in past surveys is that they prize flexibility for a better work/life balance, and a hybrid work environment has been the silver lining for many white-collar workers in the wake of the pandemic, including business events professionals. In our 2020 survey, only 14 percent worked from home full-time and one-third part-time. In 2022, 85 percent said they work for employers with flexible hybrid work policies.

Find more about this survey’s respondents and what they said has changed about their jobs after the box below. The 2022 Salary Survey, conducted in late July with nearly 350 planners participating, is Convene’s September issue cover and CMP Series story. Find links to all the articles from the story package below.

More Findings From the 2022 Salary Survey

Age + experience. The average respondent is 45 years old with 16 years of experience. Eighty-two percent are female; 16 percent are male; and less than 2 percent did not — or preferred not — to answer. Eight out of 10 respondents are white; 8 percent are African American or Black; 5 percent are Hispanic or Latinx; and 3 percent are Asian or Pacific Islander.

Credentials. More than two out of five respondents have earned the CMP (Certified Meeting Professional) designation; and one-quarter have earned the DES (Digital Event Strategist) credential — not surprisingly, a huge jump from the 7 percent who had earned a DES in the pre-pandemic 2020 survey. Respondents with a CMP earned on average nearly $11,000 more a year than their colleagues without the designation: $104,262 vs. $93,506. Respondents with a DES earned $8,000 more than those without one — $104,290 with a DES vs. $95,934 without one. And those who earned both a CMP and DES were $18,000 ahead, earning $95,363 with neither designation and $113,451 with both.

Senior-level. Twenty-six percent are managers, followed by directors (22 percent). Four percent are at the VP level. More than half (54 percent)
of respondents supervise a meetings staff. On average, they supervised six staff members.

Long weeks. Half of respondents put in between 41 and 50 hours a week and one-quarter have 30–40-hour workweeks. Fifteen percent are on the job 51 to 60 hours; and 8 percent burn the midnight oil, working 60-plus hours each week. One-third of planners said they took only one–10 PTO days in 2021; 20 percent took 11–15; and 8 percent took zero PTO days, compared to 3 percent who said they took none of their personal and vacation days in 2019 in our 2020 survey.

More work. Nearly eight out of 10 respondents said that they have had more responsibilities added to their job description this year, compared to 67 percent who said the same in 2020.

Less than three out of four. Sixty-eight percent received an increase in pay within the last 12 months; 23 percent said it has remained the same; 8 percent (vs. 2 percent in 2020) have seen their salaries decrease. Of those who received a salary increase, 17 percent said it was due to a promotion and three out of 10 said it was part of a regular increase. Thirteen percent said they had changed employers. Fifty-eight percent expect to receive a raise in the next year, but 16 percent do not, and one-quarter said they don’t know. Thirty-one percent reported that their salary increased by less than 5 percent; 27 percent said it increased by 5 to 9.9 percent; and 42 percent received increases of more than 10 percent. The average increase for those receiving a raise is 12 percent, vs. 7 percent in the 2020 survey.

Silver lining. When we surveyed meeting planners in February and early March of 2020 before the pandemic lockdowns, one-third said they worked from home part-time and 14 percent full-time. Nearly one-third said they did not work remotely — and 22 percent said that they would like to. Wish fulfilled: 85 percent of respondents to this survey said their employer has a flexible hybrid work policy; only 14 percent work for organizations that do not.

Michelle Russell is editor in chief of Convene. The Salary Survey was conducted in late July and nearly 350 planners participated. All material © 2022 by PCMA.

Please download a PDF of findings — in charts and graphs — from the 2022 Salary Survey below.