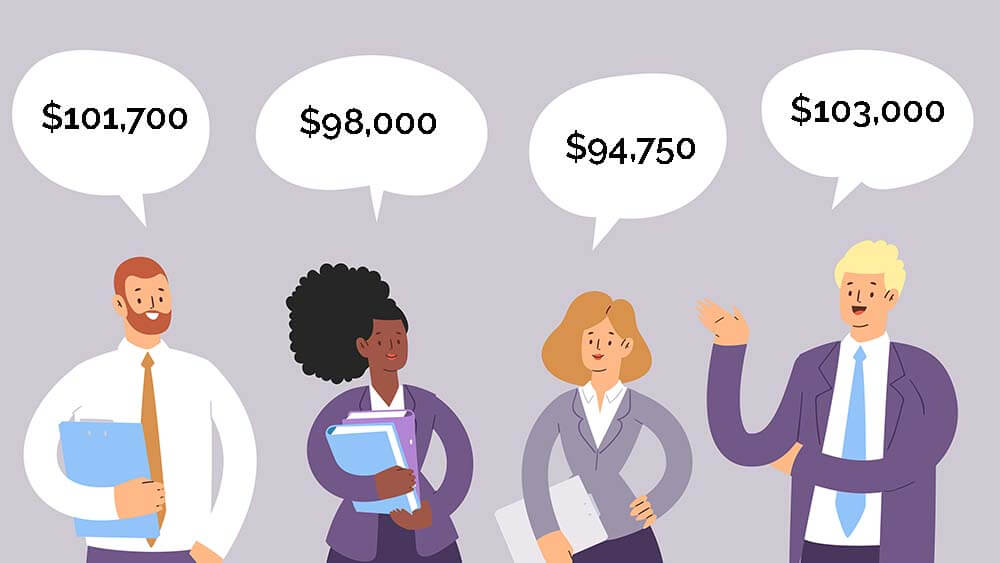 Gen Z workers are more likely to share their salary with fellow employees than older professionals are, a recent study shows.

In the Salary Survey Convene conducted in 2019, we asked respondents whether they think pay inequity exists in the business events industry — two out of five planners said yes. While we didn’t ask this same question for our current survey, here’s an indication of gender inequity: In 2022, women earned, on average, more than $5,000 less than men — $102,763 vs. $97,425. (In our 2020 survey, women averaged $14,000 less than their male counterparts — so some small gains.)

One way to combat wage inequity is to publish the results of salary surveys. Our 2022 Salary Survey, which offers a broad look at — albeit inexact measurement of — the compensation differences between men and women, will appear in the September issue of Convene.

A much more targeted benchmarking practice is salary transparency — where peers at the same organization share their pay levels. But whether or not you are in favor of divulging your salary to coworkers, two recent studies conclude, depends largely on your age.

According to the latest edition of LinkedIn’s Workforce Confidence survey of nearly 5,000 workers conducted in June, Gen Z is significantly more likely to share their salary than older employees — and it’s because they think it will move the needle on equity. More than four out of five Gen Z respondents (age 25 or younger) agreed that pay transparency could lead to greater pay equity. Three-quarters of millennials were in the same camp. But less than half of Gen Z and only 28 percent of baby boomers agreed with the statement “people sharing their pay information will lead to better equality in pay.”

A recent Fortune article about equal pay said the results mirror those of a March 2022 bankrate.com survey, which found that more than two out of five Gen Z workers have shared their salary with a coworker vs. fewer than one out of five boomers.

Actionable change, the Fortune story points out, requires transparency across the generations — and from an organization’s most privileged workers.

“Go find the tallest, whitest dude,” said equal pay expert Katie Donovan in the bankrate.com report. “To be paid equitably, you want to earn what white men are earning. The median of everyone is less than the median of white men.” The 2022 Salary Survey, conducted in late July with nearly 350 planners participating, is Convene’s September issue cover and CMP Series story. Find links to all the articles from the story package below.