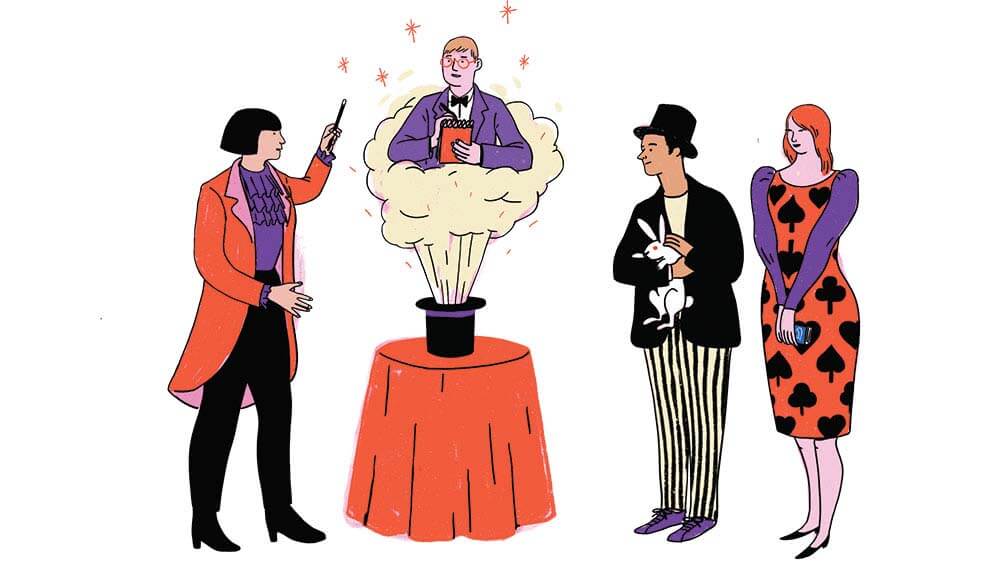 Though the International Federation of Magic Societies (FISM) deals in the art of illusion, its impact on the magic world — in helping to elevate, promote, and preserve the knowledge of magic and its history — has been very real. Founded in 1948, FISM consists of 97 national and international magic societies as well as national federations that represent more than 70,000 magicians from 49 countries.

Every three years, around 2,500 magicians from all over the world gather to attend FISM’s World Championship of Magic, where they can hear lectures, participate in workshops, and watch competitors demonstrate their new acts during the six-day event.

“All magicians who are passionate about any form of magic will dream to attend FISM’s World Championship of Magic at least one time during their life,” said Renée-Claude Auclair, president and co-organizer of the Québec event. They come, she added, “to discover the new champions and see the new, live performances that have been created by these magicians.”

A core part of FISM’s event — this will be the 28th World Championship of Magic — is the spectacle of competition, where champions are crowned in several categories. These include mental magic, comprising demonstrations of apparent extraordinary or supernatural mental powers like telepathy and super memory; comedy magic, whose main purpose is to make people laugh; and stage illusions, involving large props and often people and/or animals.

The number of contestants is limited to 150, with around 100 for the Stage Competition and 50 for the Close-up Competition, which involves magic acts “intended to be performed for small groups of people in close proximity,” Auclair said. The three categories in this competition are:

The organizers have plenty of other tricks up their sleeves, including hours of masterclass education for magicians of all levels.

“Some magicians will prefer very technical lectures with coins or cards,” Auclair told Convene, while “some others will love the historic lecture. It is nice to have access to specialists like this — the best in their fields.”

Animazement Conference: Much More Than Cosplay