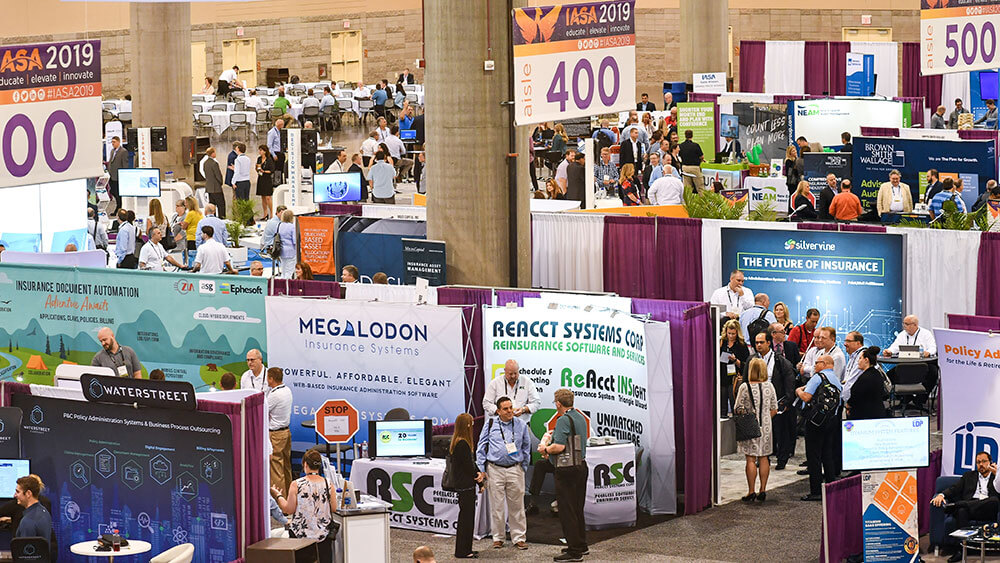 The Insurance Accounting & Systems Association (IASA) was a little less than a month away from its annual conference, IASA Xchange, when its leaders knew they needed to make a call.

Due to kick off on Aug. 29, the four-day conference typically draws more than 1,800 insurance industry professionals for education and networking, plus an exhibition component. This year, the conference is headed to New Orleans — a city that, in recent weeks, has seen such a fast and furious surge in COVID-19 cases that its EMS became too overwhelmed to handle 911 calls.

Since then, numerous public events have been canceled, including the iconic New Orleans Jazz & Heritage Festival, scheduled for Oct. 8-17. According to The Lens, New Orleans & Company — the destination marketing organization for the city — also decided to pause its national ad campaign until at least late September.

For Kerry Crockett, CEO of IASA, these developments made it clear that IASA Xchange should allow only fully vaccinated individuals on site.

‘That Burden Was Lifted’

In January, Crockett and her team had made the decision to postpone the event, typically held in June, to late August — “with the anticipation that we’d have … a better chance of a more successful event, because … more people would be vaccinated” by then. Fast forward to early August, and the surge in cases caused by the Delta variant, almost overnight, created a new, and unanticipated roadblock.

“We have found ourselves in the center of a perfect storm,” she said in a phone interview with Convene on Aug. 13. Cancellation insurance isn’t an option — “nobody was offering it” this year Crockett said. And neither the host city nor state is limiting the size of gatherings, eliminating the possibility of a force majeure cancellation. Leading up to their decision, Crockett and her team had been in “daily communication” with local partners — New Orleans & Company, the New Orleans Ernest N. Morial Convention Center, and host hotels the Hilton New Orleans Riverside and SpringHill Suites New Orleans Downtown/Convention Center — to “get a good understanding of what’s happening on the ground there and what we are able to do to help mitigate some of the risks.” After convening with her executive committee and weighing the pros and cons, they decided on a fully vaccinated conference as their best course of action.

On Aug. 9, they notified anyone who would be on site at the conference — attendees, exhibitors, speakers, vendors, as well as staff at convention center— that they would be required to sign an attestation that they would be fully vaccinated by the start of the event.

Many were quick to agree and send in those attestations straight away but cancellations from attendees, speakers, and exhibitors began to trickle in. “We’ve had a variety of reasons for people dropping out,” said Crockett. “Some … because they … weren’t vaccinated and didn’t plan to get vaccinated; others were that their company now felt that the ROI would not be worthwhile as an exhibitor because numbers might be dropping; others were [from] companies [that have] reinstated the travel ban.”

Then, just a couple of days later on Aug. 12, the mayor of New Orleans announced a new citywide mandate would go into effect on Aug. 16 — no entry for anyone older than 12 to most public spaces without proof of vaccination or a negative PCR test taken within 24 hours, including event venues, restaurants, and bars. This was in addition to an older mandate requiring masks for everyone regardless of vaccination status in any indoor public space and at all indoor gatherings and larger outdoor gatherings.

“So that burden has now, in a sense,” Crockett said, “been lifted off of us.”

Digging Into the Details

It also helps that Crockett and her team have been planning for the conference to be hybrid all along, with a digital component for those can’t attend in person. Now, with the number of in-person cancellations rising, they’re getting creative, adjusting the in-person experience to make it feel even more valuable. For example, they now plan to record content previously earmarked as exclusive to their digital audience and stream it live on site.

“It’s just a way for us to make sure that the in-person audience still has enough content to make it worth their while,” Crockett said.

As for health- and safety-protocols at the conference, the city’s new guidelines take the pressure off the team to implement their own mask mandate, but they still plan on enforcing social-distancing guidelines within the conference environment. The exhibit hall, for example, will feature wider aisles and ample space between booths to prevent crowding and ease of movement, and signage encouraging the six-foot-apart rule will also be in place.

Crockett had at first been expecting around 500 in-person attendees. But even with an anticipated drop as a result of the latest developments, she thinks they made the right call. “We knew that there would be some fallout from it,” she said.

“At the end of the day, for us the biggest concern is the safety and wellbeing of anybody that’s able to travel to New Orleans and be a part of our event,” Crockett added. “First and foremost, we want to make sure that we’re providing them with as much of a safe environment as we possibly can.”

Tips from the Trenches

For organizers who have upcoming events on the books, Crockett offered this advice:

Don’t take a break from communicating. “Things are so fluid right now and literally changing day by day in terms of what’s happening on the ground … it’s very difficult for us to create messaging and get it out fast enough. Have messaging prepared for each scenario — [and plan how to get it] out there accurately and quickly.”

Support your team. “Everybody is trying to do the best that they can do and to put on a brave face. Don’t forget to check in with your team frequently to see how they’re doing.”

And don’t forget to take care of yourself, too. “Take a walk, have a nice dinner with your family … because this will pass, but you have to be healthy when you come out of it.”