Amy Blackman was born and raised in Brooklyn, NY. After receiving an MA in Cultural Anthropology from Columbia University, she moved to LA and had a successful 18-year run in the music industry, managing the global businesses and careers of multi-Grammy Award-winning music artists and producers. Her music management career culminated in being named a Cultural Ambassador for the US State Department across two different presidential administrations. She produced public diplomacy missions in 18 countries, and several regions that had never before seen live music from the West. Dreams fulfilled, she sold her house, quit her job, and took a two-year sabbatical, attending Georgetown University for a Global Executive MBA. She was recruited to run the North America subsidiary of a global multimedia design agency, and then was appointed VP at Contend Immersive, where she ran a global team of rogue, vanguard, and brilliant strategists, designers, artists, branders. Her latest venture, Fruition.co is the coalescing of her life, work, and academic adventures. For fun, Amy does international channel swimming expeditions. 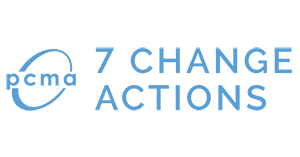