Meeting and event planners have long embraced tough negotiations. In this highly consolidated environment, savvy planners are adding new strategies to their arsenal.

When Marriott acquired Starwood for $13 billion in late 2016, the deal created the world’s largest hotel company, including 5,500 hotels in more than 100 countries. While the transaction may have been the largest in the industry, it wasn’t the first or the last in recent years. In fact, 2018 saw the largest number of hotel company mergers and acquisitions in five years, according to Hotel News Now. Last year alone, Wyndham Worldwide acquired La Quinta Holdings, InterContinental bought a 51-percent stake in Regent Hotels & Resorts, and AccorHotels made deals with Mövenpick Hotels & Resorts, Atton Hoteles, SBE, and 21c Museum Hotels, among other M&A transactions.

Increased M&A activity has resulted in fewer hotel companies and decreased competition for meetings and events. For event planners, all this consolidation is translating into tougher negotiations with hotels: In some destinations, every meeting hotel is now owned by the same company. And with so many properties under the same brand name, hotels are in a better position to demand stiffer terms and fewer concessions to groups. As the economy — and the business events industry — has rebounded from the Great Recession, hotels have become busy and full again, creating a seller’s market, said Deborah Young, assistant executive director, conferences and exhibits, at the National Association of Elementary School Principals (NAESP). “When the hotels are doing well,” she said, “you start seeing more non-negotiable clauses.”

But Young thinks that the recent changes aren’t only due to the current seller’s market. She attributes the uptick in hotel consolidation partly to the success of home-sharing companies like Airbnb. “My members are educators and very cost-conscious travelers, and sometimes they can get a better deal on Airbnb,” she said. “Companies like that have disrupted the market and added a lot of pressure for hotels.”

As hotels consolidate, some event professionals view the decreased competition as a negative for the industry. “The fact that one company runs some 45 percent of all meeting hotels means less competition, which hurts the industry from an innovation standpoint and from a price standpoint,” Bruce said. “As long as any one chain has control of the marketplace, they can set the rates and the contracts.”

For instance, in Birmingham, Alabama, the two largest hotels connected to the Birmingham-Jefferson Convention Complex are a Sheraton and a Westin, both now owned by Marriott. In Washington, D.C., many of the hotels flying a Hyatt or Hilton flag are owned by Host, which is run by Marriott, Bruce said. 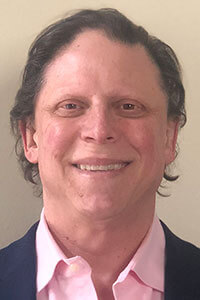 “Often, when shopping a popular second-tier city, it’s common to find that Marriott owns or manages the lion’s share of the group guest-room inventory,” said Jeff Berger, chief thinking officer, Conference Planning Resources in Naperville, Illinois. “Because the hotels each have their own revenue models and objectives, the problem isn’t negotiating guest-room pricing and concessions. Rather, the more challenging situation is finding a good balance negotiating the final contract language, ensuring it’s amenable to both parties.”

Beyond pricing, consolidated hotels have a new, stronger bargaining position when it comes to setting contract terms. For instance, while attrition has traditionally been calculated on a cumulative basis for the entire meeting, some hotel contracts now require daily room counts for attrition. “So if your numbers are low on a particular day, even if you blow through the block on the other days, you may be penalized for that one day,” Bruce said.

Other properties now add a clause that allows only the dates of the contract to count toward attrition. “So if you have a strong pre- and post-conference, that doesn’t count,” he added.

As a result of increased consolidation, some of the stronger hotel chains have non-negotiable contracts, “which takes away from the client’s comfort level,” Bruce said. “The chains are telling the buyer how they’re going to buy instead of selling the way we want to buy.”

Meeting and event planners have long embraced tough negotiations. In this highly consolidated environment, savvy planners are adding new strategies to their arsenal. Here are some recommendations:

Shop selectively. “Planners are now shopping more cities so they’ll have a better cross-section of choices,” Bruce said. “There may be events that should have gone to a particular city that end up somewhere else because there’s more negotiating room there.”

For instance, Berger avoids shopping destinations when there is already a citywide convention on the books for his dates. He finds the hotels have less flexibility when they already have a citywide on the books. “As long as all parties have a need, and both have the ability to be flexible, you can weather the storm better,” he said.

Disregard chain loyalty. “I’m not loyal to any chain,” said NAESP’s Young. “When I send out an RFP, I’m looking for the best value. And I expect hotels to still keep their high standards.”

Watch contract wording carefully. Event organizers report seeing a number of new clauses being added to contracts “that jeopardize the success of a meeting,” Bruce said. These may include more specific or stricter attrition clauses and requirements to use in-house AV providers, he said, which can cost up to 50 percent more than an outside vendor.

Seriously consider independent hotels. Independent hotels are known for offering more unique properties and more personable experiences — and in an era of consolidation, may offer an easier contracting process for groups. “It’s much easier to negotiate with properties that don’t have a corporate infrastructure writing the contracts,” Bruce said. “More than ever before, it’s important to look at smaller chains and independents just as seriously as you look at the large chains.”

Nancy Mann Jackson is a freelance writer based in Birmingham, Alabama.