Some estimates show that by 2050, the carbon offsets market will be worth approximately $200 billion — and the events industry is helping to grow that market. (Chloe Niclas illustration)

When Munich Re, a global reinsurance company, tallied up the financial damage — $210 billion — from hurricanes, wildfires, and floods in 2020, the company traced the natural disasters back to the result of human activity: climate change.

“Natural catastrophe losses in 2020 were significantly higher than in the previous year,” wrote Torsten Jeworrek, a member of the company’s board of management. “Climate change will play an increasing role in all of these hazards. It is time to act.”

One way of taking action that has become increasingly popular is purchasing carbon offsets. The idea is simple: Pay for something to help the planet — planting trees or helping fund a wind farm, for example — to compensate for when you do something that contributes to harming the planet, such as air travel. By 2050, German bank Berenberg projects that the carbon offsets market will be worth approximately $200 billion. As the city of Austin has worked toward carbon neutrality, the Austin Convention Center has been leading the charge by buying carbon offsets, converting to renewable energy, and focusing on ways to be one of the greenest places to meet in the U.S.

The events industry is helping to grow that market. For example, in October, the Radisson Hotel Group announced a plan to make all the meetings and events at more than 400 of its EMEA properties carbon negative by paying for offsets that amount to double the carbon footprint of each meeting.

But not all carbon offset programs are equal. Critics argue that some projects don’t actually deliver the benefits they claim, while others do more harm than good.

Amy Moas, Ph.D., senior climate campaigner at Greenpeace USA, told Convene that the organization uses a few key criteria to evaluate the true impact of offsets. One of those is the idea of permanence, which underscores the need for a project to have a lifespan that will be long enough to counter the emissions that were released into the atmosphere. She points to two large recent wildfires in the West — the Dixie Fire in California and the Bootleg Fire in Oregon — as evidence that many forest-focused projects, a popular choice for offsets, fall short of making an impact. Both of these fires burned through hundreds of thousands of acres that were part of forestry offset projects.

“These are large areas of land that were supposed to be land for trees,” Moas said, “but they are no longer serving that purpose.”

As event organizers, and meeting venues and hotels and look for ways to address the climate crisis, how can they be sure that offsets aren’t off base? The developing world contributed the least to causing the climate crisis yet are the ones suffering … most acutely. Climate justice means a global transition to zero carbon while simultaneously enabling the developing world to adapt to climate change and grow on a sustainable pathway.”

Despite the deserved criticism of some offset programs, there are projects that can live up to their promise to make a difference. Identifying them, however, requires some research. Sarah Leugers, director of communications at Switzerland-based Gold Standard, told Convene that the most important step in determining the efficacy of a project for offsets is by using internationally recognized standards. There are four organizations that fit the bill: Gold Standard, Verra, the American Carbon Registry, and Climate Action Reserve.

“Quality considerations beyond the level of the standard can get quite technical quite quickly,” Leugers says. “There is a broad range of project types and approved methodology under each standard, which each have their own requirements and equations.” 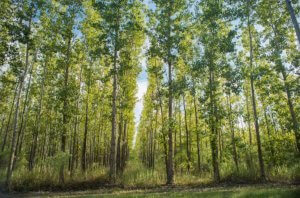 The Austin Convention Center has purchased carbon offsets from the GreenTrees Forestry Project, the world’s largest reforestation initiative that does its work in the Mississippi Alluvial Valley.

Camala Jones, RLA, LEED AP O+M, environmental compliance specialist for the Austin Convention Center Department, has been purchasing carbon offsets for the building since 2013. She echoed the importance of purchasing from reputable registries, which has been key to the center’s offset strategy. Initiatives have included Crow Lake Wind Project, a South Dakota wind farm that produces enough renewable energy to power 129,000 homes, the GreenTrees Forestry Project, the world’s largest reforestation initiative, and other third-party-verified initiatives. Outside of those standards, Jones weighs a few other important factors when selecting a diverse range of projects.

“Some of the key points we look at when purchasing carbon offset credits are if the project is in or near Texas or in the United States,” Jones told Convene, “and that the projects may have other beneficial attributes such as providing local employment or providing other benefits to the communities in which the project is located.”

For event organizers who choose different host destinations each year, Leugers said that all standard registries — including Gold Standard — sort projects by geography, making it easy to search for opportunities near venues. However, she also recommends looking beyond a desire to leave a local legacy.

“Wanting to make a local impact is understandable, [but] I draw attention to the issue of climate justice,” Leugers said. “The developing world contributed the least to causing the climate crisis yet are the ones suffering from it most acutely. Climate justice means a global transition to zero carbon while simultaneously enabling the developing world to adapt to climate change and grow on a sustainable pathway.” 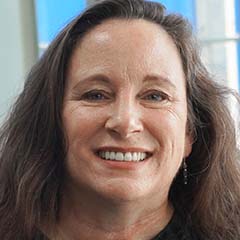 Budgeting to Make the Planet Better

In addition to finding the right project, event organizers will need to think about another important issue: How much these offsets cost. Jones said that the expense is increasing.

“In the last few years, we are experiencing a large uptick in the number of companies and government agencies purchasing offset credits,” Jones said. “The supply of offset credits — and especially more affordable offset credits — has reduced significantly, and it has become challenging to find and purchase offset credits that are more local and lower-priced.”

Organizers of individual events may opt to add part of the cost to the registration fee or make the fee voluntary. “One idea is to invite participants to co-finance some of the carbon impact,” Leugers said. “After all, we share responsibility for the greenhouse gases we emit.”

Groups like the Geological Society of America have embraced that model. For the organization’s October 2021 annual meeting in Portland, Oregon, participants had the option to add an offset fee to their registration. The cost ranged from $4 for domestic travel to $30 for flying from Australia or Asia. The American Academy of Religion offered a similar program — a $16 carbon-offset fee — for anyone traveling to its 2021 Annual Meetings in San Antonio, Texas, Nov 20-23. There is simply no way you can continue to maintain the status quo. The progress only comes when you make commitments that are rooted in deep de-carbonization, and that involves making hard choices about reevaluating operations, supply chains, and entire business models.”

Making Adjustments for ‘The Next Frontier’

As events prioritize sustainability, spending dollars on carbon offsets is a short-term piece of the puzzle. Ask anyone who is trying to figure out how to address the climate crisis, and they will tell you that the long-term future of the planet relies on stopping carbon emissions in the first place.

“While we are purchasing carbon offset credits to reduce our carbon footprint,” Jones said, “we first focus on reducing the amount of carbon we emit by operating our facilities more efficiently, using electric- and propane-powered equipment and by purchasing wind-generated electricity. The carbon footprint from the natural gas used in the facilities is now the largest percentage of our total carbon emissions.”

Steps like those — shifting to renewable energy and making bigger business changes — are essential to the future. “There is simply no way you can continue to maintain the status quo,” Moas said. “The progress only comes when you make commitments that are rooted in deep de-carbonization, and that involves making hard choices about reevaluating operations, supply chains, and entire business models.”

As the events industry gets back to face-to-face gatherings, Leugers hopes that organizers continue to leverage the digital opportunities that have become the silver lining of the pandemic. While she acknowledges that it “may not be a message that trade-show organizers wish to hear,” she said that the future of a healthy planet relies on scrutinizing when and where you travel.

“Innovating in [the hybrid meeting] space represents a big opportunity,” Leugers said. “Nothing replaces the experience of being together with humans, and indeed, many of our businesses are increasingly global. But we should be circumspect about when travel is really necessary. This is especially true for air travel, and even more so with overseas flights. Integrating remote participants in meaningful ways is the next frontier.”

If you’re beginning to explore how to integrate offsets into your program, it can be difficult to know where to turn. “There is a lot of information out there,” said Austin Convention Center’s Camala Jones, “and it can be confusing.”

When she started work to make sure that offsets purchased on behalf of the convention center would create a positive impact, she relied on the city of Austin’s Office of Sustainability. Additionally, she shared three resources that proved to be especially valuable in her research:

On the Web: Read “Can You Really Negate Your Carbon Emissions? Carbon Offsets, Explained,” at vox.com.

How Volunteers Can Move Your Event Closer to Your Sustainability Goals