Earlier this year, the World Food Travel Association published a list of the top 10 predictions for the food tourism industry in 2020, drawn partly from changes brought on by COVID-19. Coming in second — after “our love of good food and drink won’t change” — was to “expect to see a greater respect for, and interest in, local culinary cultures and sustainability.”

“Taste the Nation,” which premiered on Hulu this past summer, is an example of just that, with author and television host Padma Lakshmi traveling the country in an attempt to answer the question: What is American cuisine? In El Paso, Texas, as Lakshmi tucks into a burrito, a local food scholar explains how the border town’s history and binational culture has continuously reshaped its food. “The burrito is tradition wrapped in colonization,” says an interviewee, alluding to the flour tortilla, which came to be after the Spanish brought wheat to the Americas in the 16th century. Much of the group offerings from Unexpected Virtual Tours have a culinary focus, with teambuilding elements like branded gift boxes with locally made food items often worked into the experience.

Delving into the roots of the foods that we eat in the U.S. can bring up parts of our history that are messy and uncomfortable. But more and more, travelers and groups are demonstrating that they have an appetite for culinary experiences that include that very context. When Akila McConnell, owner and chief eating officer of Unexpected Atlanta and Unexpected Virtual Tours, started her business more than five years ago, she intended on specializing in local Black history tours in Atlanta.

“Everybody told me I was crazy,” she said. But right away, customers loved it. Her business has expanded to offer several kinds of history tours and food walks around the city, plus a thriving bespoke program for groups. For the latter, which accounts for 90 percent of her business, much of the offerings have a culinary focus, with teambuilding elements like cooking classes and branded gift boxes with locally made food items often worked into the experience.

Many of Unexpected’s corporate clients, like The Coca-Cola Co. and UPS, came to McConnell first looking for teambuilding activities focused on diversity. What has set Unexpected apart is the way McConnell and her team tie in heavier topics like race relations and civil rights into an experience that feels palatable in a group setting. “They weren’t necessarily looking for … a lecture series,” McConnell said. “They wanted some- thing that was a fun experience that integrated the food, but also included those diversity and inclusion elements.” 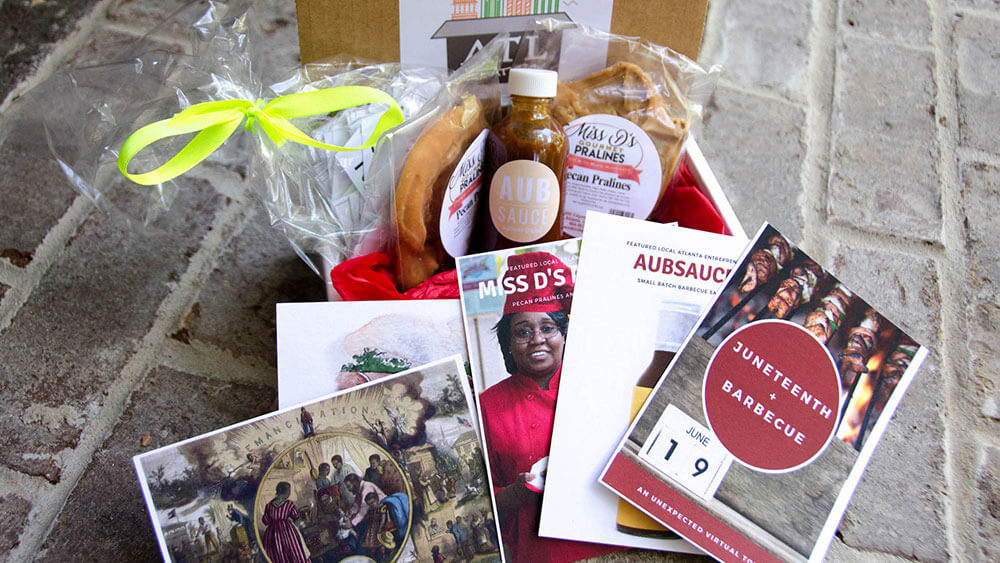 In March, as COVID-19 forced McConnell to shut down her live offerings, she quickly shifted to a virtual format — hosting group experiences over Zoom, and shipping attendees gift boxes ahead of time. The Juneteenth-themed experience, “Juneteenth + Barbecue,” explores the history of emancipation and the role food played in it. Participants received boxes of locally made food items with historical significance, like hand-made pralines and barbecue sauce. Barbecue, according to Michael W. Twitty, a food writer and culinary historian who focuses on African-American foodways and the Antebellum South, was often eaten during Juneteenth celebrations.

“The practice of eating red foods — red cake, barbecue, punch, and fruit — may owe its existence to the enslaved Yoruba and Kongo brought to Texas in the 19th century. For both of these cultures, the color red is the embodiment of spiritual power and transformation,” Twitty wrote in a post on his site, Afroculinaria.com. 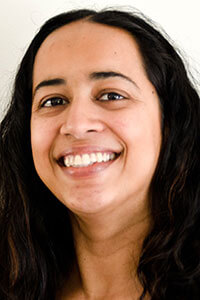 ‘We have the opportunity to tell untold stories — and sometimes uncomfortable stories,’ Akila McConnell said in her talk, “We Do Not Flinch,” at Arival’s 2018 conference.

In this way, Unexpected’s experiences cover more ground than a traditional cooking class or food tour, weaving in oral and visual storytelling, and not shying away from the uncomfortable truths that are a part of history. “We want to make sure that our groups are thinking, but we also want to ensure that we are celebrating the achievements of people of color,” McConnell said.

For example, the “Music Evolution + Moonshine” virtual tour traces the roots of Southern music — including country, rap, hip hop, and R&B — to African-American spirituals and Appalachian fiddle players. It hits on the topic of reappropriation, the cultural process by which a group reclaims terms or artifacts that were previously used in a way disparaging of that group.

“Tackling these hard issues isn’t out of reach,” McConnell said. “Yes, we’re talking about appropriation and reappropriation, but we’re doing that through a virtual celebration through America’s history of music.” For example, kazoos — an instrument invented by an enslaved man who lived in Georgia in the mid-19th century — come in the gift box for groups to partake in a virtual team “Kazoom” jam session. “It makes you feel a little bit silly, but you’re having a blast. The focus for us, for all of our experiences,” McConnell said, “is how can we turn history — especially inclusive history — into something that people can have fun learning about.”

‘The Attention They Deserve’

This year, Arival — a group that offers research and events for sellers of tours, activities, attractions, and experiences — offered more sessions around diversity, equity, and inclusion at its signature annual event, Arival 360, held virtually in October. “One of the macro trends in our sector has been the growth in alternative or off-the-beaten-track tours, which includes growing interest among operators to surface stories, history, and culture that have not had the attention they deserve,” said Douglas Quinby, Arival’s co-founder and CEO. The rise of the Black Lives Matter movement, he added, “has also fueled new interest from both tour operators and travelers in tours and experiences that explore the history of race and Black Americans.”

What Akila McConnell has seen in the five years she has operated Unexpected Atlanta is that “the demand for diversity in the food tourism industry, and for food tourism generally, is only growing,” she said. “If
tour operators don’t consider diversity and inclusivity elements in their tours, they’re going to fall behind.” McConnell plans to roll out new virtual experiences every couple of months — for February, Unexpected is planning a virtual experience in which a live guide takes participants on a walking tour of civil rights sites around Atlanta.