Catastrophic wildfires in Australia, heat waves in Alaska, and frequent floods on the Eastern seaboard of the U.S. are just a few telltale signs of global warming. Rather than leaving it solely up to governments to take action on climate change, associations representing industry and professional sectors that are not directly related to environmental health are declaring climate emergencies in an effort to encourage their members to lead the charge for a more sustainable future.

Case in point: In 2019, the U.K.-based Museums Association announced a climate emergency declaration, acknowledging that “collections care can consume a lot of energy” and a need “to have a serious conversation and take action to reduce our impact on the planet as institutions.” That same year, Gong Ke, the president of the World Federation of Engineering Organizations, issued a similar emergency, calling the breakdown of the climate “the most serious issue of our time.” Ke wrote: “It has now become clear that meeting the needs of our society without breaching the earth’s ecological boundaries will demand a paradigm shift.” 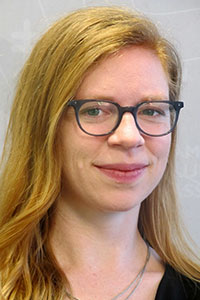 That shift is being felt across the medical association landscape, which is drawing attention to the connection between planetary and human health. In January, 26 health-based associations joined forces to “call for immediate action to protect the public’s health from the current and future impacts of climate change.”

“It’s become clear over the past decade that climate change is worsening air quality,” Laura Kate Bender, national assistant vice president of healthy air at the American Lung Association, one of the co-signers of the declaration, told Convene. “We see working on climate change as directly impacting the population with lung disease that we serve.”

In addition to focusing on the association’s core audience, part of Bender’s work has involved bringing national health, medical, and nursing organizations together around climate change. “A lot of people see this as an environmental issue, which it certainly is,” Bender said. “But for organizations like ours, this is all about health.”

This isn’t the first time that the Lung Association has raised its voice about the climate crisis — the association first issued a climate change declaration in 2017 — but the updated call for action focuses on “addressing the inequities with climate change,” Bender said. “We know that communities of color and lower-income communities are bearing the brunt of climate change.”

‘We Have a Great Responsibility’

One industry that both contributes to global warming and suffers from its negative effects is tourism. Several years ago, Jeremy Smith, a sustainable tourism writer, speaker, and consultant, saw an opportunity to help the travel industry recognize the role it could play in addressing the issue.

“We like to say that we are an industry that is responsible for one in 10 jobs and 10 percent of global GDP,” Smith told Convene. “If we’re that big and we’re that powerful, we have to remember that we have a great responsibility. We need to go and live up to the 10 percent of GDP that translates into emissions.”

With that in mind, Smith co-founded Tourism Declares Climate Emergency to unite tour operators, DMCs, hotels, and every type of business in the travel industry to do its part to cut carbon emissions. In January 2020, 15 under-signatories simultaneously made a commitment to declare a climate emergency on their respective websites and publish an action plan, something that could not be “randomly invented,” Smith said, but “grounded in the demands of climate science.”

Today, there are more than 280 members of Tourism Declares, with each member working out “how they fit into [Tourism Declares’] goal to cut global emissions in half by 2030 to stand the best chance of keeping within 1.5 degrees of warming,” Smith said. “Each plan depends on who you are, what your business is, and where your business operates.”

In May and June, the United Nations Climate Change subsidiary bodies convened in hubs around the world and online.

For most associations, hosting meetings and conferences fall into their regular operations. The Lung Association has outlined a sustainability policy that helps dictate climate-friendly decisions for events, including the use of disposable materials, recycling, and composting, decreasing the carbon footprint of catering, and using public transportation when staff travels.

“We also prioritize virtual events over in person when it’s practical,” Bender said. “We understand it’s not always going to be practical, particularly when you’re working on federal advocacy in Washington, D.C. It can be really compelling to share your voice in person.”

In the past, the EPA’s public hearings — one of the main opportunities that the association leveraged to influence public policy — were reserved for those who could physically be present in the nation’s capital. Bender says that one silver lining of the coronavirus pandemic was the EPA’s shift to virtual hearings, which allowed remote participants to raise their voices. “We have seen the possibility of doing more virtually due to the pandemic,” Bender said. “I hope we’ll see more hybrid options to attend in the future.”

For in-person events, Smith thinks that big venues can be part of the solution. “A convention center can change the way it’s used,” Smith said. “It can change the suppliers it works with and how attendees travel to it. In doing so, they present themselves as a more sustainable alternative.” That also is driven by customer demand, he said. Companies with mandates to regulate their emissions may prioritize holding their events at venues and destinations with major sustainability initiatives.

But there also needs to be room in the “conversation,” he said, “for the mom-and-pop businesses because they are the ones that make tourism special. We may go and stay in a massive hotel, but we go and have dinner at the tiny, neighborhood restaurant. … We have to support the diversity and variety that is so important to our industry.”

Climate change is making its way into more than the site-selection process for many associations by becoming part of their curriculum. Since 2017, the American Public Health Association has hosted regular webinars on climate change. This summer, the American Institute of Architects’ Conference on Architecture included an “Architecture, Climate Change & Society” session as part of the program. At the Museums Association’s upcoming annual conference, scheduled for early November in Liverpool, England, attendees can participate in workshop dedicated to “The Ethics of Contemporary Collecting” with lessons on collecting in a climate emergency.

These sessions reflect what Smith thinks is a need to act now instead of looking at a distant horizon with lofty goals. “Tourism has historically looked too far ahead and discussed climate neutrality in 2050,” Smith said. “If I ask you about what you will be doing in 2050, you likely have no idea. If I ask you for your strategy for the next five years, though, we can talk about it. The way you get to 2050 is by prioritizing what you do for the next few years.”

Only 10 DMOs from around the world have joined the Tourism Declares movement, while nearly 2,000 jurisdictions in more than 30 countries have declared climate emergencies. Why the discrepancy?

Declaring a climate emergency isn’t always an easy step for DMOs. “What we’ve discovered is that, depending on how a destination marketing organization is structured and its relationship with the government, it may be more challenging to take the step of issuing a declaration,” Tourism Declares’ Jeremy Smith said.

For example, if a government already has declared a climate emergency and it funds a DMO, the government may not want the organization to make its own announcement. In other cases, DMOs may be stuck in the timeframe leading up to an election, which creates its own obstacles.

For the Glasgow Convention Bureau — which, in April of this year became the first DMO to sign up to Tourism Declares — the decision was an easy one. “As the city gears up to host COP26, the UN Conference on Climate Change, the convention bureau is keen to do its bit,” said Aileen Crawford, the bureau’s head of conventions. “Signing up to Tourism Declares is an important step in our support of the city’s credentials as a world-leader in sustainable business tourism.”