Megachurches bring people together — and offer entertainment and enjoyment. Event planners can learn from the churches, Don Neal says. 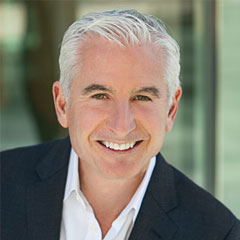 Many of the most creative ideas come from what is known as orthogonal thinking — approaching a problem or opportunity from a new angle and drawing from a variety of seemingly unrelated perspectives to gain new insights.

Let’s take an orthogonal thinking approach to event design by exploring the phenomenon of megachurches. While there are megachurches in other parts of the world — defined by Hartford Institute for Religion Research as congregations with a sustained average weekly attendance of 2,000 worshippers — they are largely an American phenomenon responsible for changing the religion landscape and have become a major disruptor, innovator, and successful format of worship for the millions who attend these live experiences in person and virtually every week.

There is much to learn from how the 1,600 megachurches in the U.S. have become such a successful platform for live, face-to-face interaction, learning, and community — exactly the goals those of us who produce events focus on every day. Momentarily setting aside any notions we may have about megachurches as places of worship and looking at them strictly as a successful business model can yield insights for the business of events.

Here are six elements that are key to their success and can inform event design.

They are built for both scale and intimacy. They have clear goals, a market-share orientation, a clear financial model, and a well-aligned vision and mission with well-defined strategies necessary to attract top talent to work for them. The top megachurches have studied other successful business models and adapted what works to achieve their mission.

Simply put, all are welcome. No membership, no criteria, no cost, no strings attached. Just do a visual survey of most megachurches and you’ll see a diverse mix of ages, races, and ethnic and cultural backgrounds. In fact, their diversity and inclusion have contributed to their fast growth.

Megachurches bring people together — whether a Harley rider, a hipster wine connoisseur, or needlepointing grandmother — based on a shared belief system. Among large congregations, small affinity groups with common interests form the backbone of their growth model.

While often criticized as too glitzy, there is no doubt these live media experiences have taken a page from concert venues, experiential marketing events, and even Hollywood. They use high-impact multi-media and entertainment strategies to elevate the energy level and prime the audience to worship, learn, and connect.

The parking lots, entry ways, restrooms — and all points of potential friction — have been considered and most of these churches could teach sports stadiums, movie theaters, and even Disney a thing or two about how to move crowds seamlessly along a path. They have eliminated most of the negative cues associated with large group gatherings.