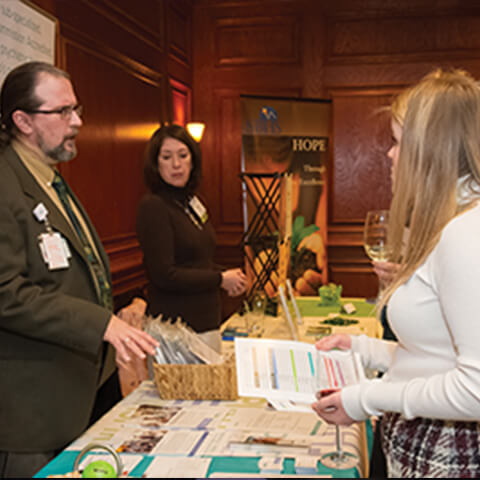 A year ago, the U.S. Centers for Disease Control and Prevention identified the construction industry as having one of the highest suicide rates of all occupations.

It was a shocking wakeup call, but not actually that surprising. The seasonal nature of the job, the stoicism that many construction workers feel pressure to maintain, and the use of opioid medication for pain from injuries are all risk factors for suicide. “You add all that up together, and unfortunately it’s a terrible recipe for potential harm to self,” said Stuart Binstock, president and CEO of the Construction Financial Management Association (CFMA), which has 95 chapters and nearly 8,000 members across the United States and Canada.

To combat the problem, CFMA partnered with other industry groups to create the Construction Industry Alliance for Suicide Prevention. The organization also launched a campaign to provide CFMA chapters with information, including a long list of articles and resources addressing topics such as how to prevent suicide and provide mental-health services; spotting those at high risk and intervening; creating a caring culture within the industry; the economic impact of suicide; and how to deal with the aftermath of suicide. CFMA also offers chapters a how-to guide for scheduling summits and meetings around the topic based on a program organized by its Valley of the Sun chapter in Phoenix last year.

In addition, CFMA held a free suicide-prevention webinar this past February that got the highest rating of any webinar; it’s still available on demand. Binstock was surprised to learn how many people have been affected by suicide — 53 percent of those attending the webinar said they had a friend or relative who died by suicide. “That was a shocking ﬁgure to me,” Binstock said, “and has reinvigorated us around how important this is.”

Several CFMA chapters have already held meetings on the topic. On Feb. 1, the Chicago chapter hosted a Suicide Prevention Summit at Maggiano’s restaurant in Oak Brook, Illinois — a frequent venue for CFMA events. About 70 people attended, according to Tamara L. Kilty, vice president of the Chicago chapter. The half-day agenda was deliberately shorter than some other programs due to the nature of the “heavy subject,” Kilty said, and left time for networking opportunities.

While the Chicago chapter typically invites controllers, CFOs, and other ﬁnance-focused construction professionals to its events, for this program it made a point of reaching out to industry human-resources leaders and safety specialists. “We normally don’t have a lot of content for” people work-ing outside ﬁnance, Kilty said. “But [HR and safety employees] are in the trenches on this, and we knew they’d be interested.”

The national CFMA organization provided information and support for the event, which Chicago modeled on the Valley of the Sun chapter’s meeting. The lineup included presentations from a clinical psychologist whose brother committed suicide, and a retired painting contractor whose son attempted suicide. Discussions included personal stories as well as data and connections to local mental-health resources.

Because the subject was a sensitive one, CFMA placed staff members throughout the audience to gauge reactions and determine whether people were attentive to the message. “One thing was clear,” Kilty said. “This topic resonated with everyone.”

Now, the Chicago chapter is trying to follow up on the momentum created by the event. “Now that we have their attention,” Kilty said, “we have to move on to doing productive things as company owners and managers. We have to take next steps.”