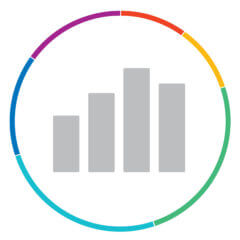 When we invited event professionals to participate in this Annual Meetings Market Survey in November, the U.S. economy’s growth was outpacing expectations. It was the first time since 2014 that the economy had experienced a growth of 3 percent or more for two straight quarters. In November, the economic recovery since the 2007–2009 recession was in its eighth year, and “showing little signs of fatigue,” according to Reuters.

Similarly, the chief indicators of the business-events industry continued to reflect a healthy economic environment, with mostly positive increases. There were a few negative changes between the results for this year and last year’s survey —convention/meeting budgets decreased by 1 percent compared to a positive increase of nearly 2 percent in the previous survey, and total exhibition square footage shrank by 20 percent — but these drops can be attributed to different respondent groups between the two years.

What seems more significant, however, are concerns about events that attract international attendees to the U.S. and those that travel to international markets. Close to one-fifth of respondents reported that one or more of their attendees faced a challenge obtaining a visa in 2017, but 82 percent — vs. 58 percent in last year’s survey — said it was more challenging to obtain visas last year than in the prior year. Only 34 percent of respondents (down from 43 percent in the 2016 survey and 50 percent in the 2015 survey) indicated that they will be holding meetings outside the United States in the future.

Open-ended comments from respondents shed more light on how events — specifically those of a global nature — are being impacted by politics, new regulations, and security concerns:

“We are preparing for fewer European attendees as a result of new European regulations restricting the sponsorship of physicians to attend conferences in the U.S. We’re lowering guarantees and budgets to account for the decrease.”

“While the economy has been good, there are political factors that are impacting security for our face-to-face programs. I really do not expect this uncertainty to go away in the near future.”

“I think last year was a year of uncertainty and the unexpected due to political and environmental factors (e.g., travel ban). I hope for stabilization so that planning can be more intentional than planning for the unknown.”

“Science-based meetings with continuing education tend to have fewer massive fluctuations, but we must continue to focus on the value of face-to-face meetings as travel becomes more difficult and virtual content more accessible.”

Here are some highlights of the results:

MORE THAN A DECADE OF DATA

Moving on to a broader analysis, on the following pages, there are more than a dozen places where we’ve included Annual Meetings Market Survey results from 2007 (published in the 2008 March issue of Convene) up to present-day results from the survey conducted in late 2017 — a broader overview we started last year.

Some benchmark metrics have not changed much in 11 years but stand out when contrasted with other data. For example, while the average annual convention/meeting budget has held steady at between $1.1 and $1.3 million (with the exception of 2008, when it hit $1.7 million), the average overall organization budget has grown from $5.4 million in 2007 to $6.6 million today. That disparity helps to explain why frustration over budgetary constraints came up consistently in this year’s open-ended comments section of the survey, as they have frequently in previous surveys. Plus, a seller’s market has added to the challenge: “Yes, I think the meetings industry as a whole improved last year, if you mean more meetings were hosted last year and more are being contracted for future years. I expect to continue to improve at a slower pace now because venues are taking away or not offering concessions, plus have greatly increased room rates. I am finding it difficult to find venues that meet our needs and stay within budget. I feel that I am being pushed out into less desirable locations/hotels.”

Of course, technology continues to reshape events. While event-supply rentals topped the list of outsourced items in 2007, in the last few years, event-app development and deployment and technology services are equally outsourced aspects of event production. And while we didn’t ask respondents if they were considering webcasting their events — what’s now more commonly referred to as virtual and hybrid events — in 2007, our survey results this year show this remains a largely untapped opportunity. One in five respondents reported that their largest event included a virtual or hybrid component, and their use of virtual meetings and events went up only 2 percent in 2017 compared to 2016.

Other disruptors, like the sharing economy, may be nibbling at the edges of the group-booking model, but only 26 percent said that they expect that a percentage of their registrants will use Airbnb (or another shared-housing platform) rather than their headquarters hotels or hotels in their room block — and no one said that they are working with Airbnb to make it one of their housing options. Only one respondent indicated that Airbnb is a major challenge today, and another sees it as something looming on the horizon: “I think there is a large risk with increased hotel inventory in destinations quarterly and the increase of hotel disruptors like Airbnb. When contracts are signed years out, there is no way to fully know how much inventory a city will then have and how popular Airbnb will be for attendees.”

Association professionals responding to the survey were employed at associations that vary greatly in size, from under 1,000 to 50,000-plus members; more than two-fifths (43 percent) worked for associations with fewer than 5,000 members.

Respondents who work for corporations or government agencies were far more likely to work at those that employ fewer than 1,000 individuals (79 percent).

Respondents employed in the corporate world were equally split between professional services and technology companies (30 percent for each), followed by consumer goods (20 percent).

NUMBER OF EVENTS WITH EXHIBITS

A majority of respondents (84 percent) hold at least one event with an exhibit every year, slightly up from the 2016 survey results.

Close to one-quarter of respondents (23 percent) reported that their organization’s total convention/meeting budget in 2017 exceeded $2.5 million, and one-half (51 percent) indicated that it was $1 million or more.

Respondents indicated that the average total budget for their largest 2017 event with an exhibition was $1.4 million, down from $1.5 million in the 2016 survey.

Thirteen percent expected their convention/meeting budget to decrease in 2018, while 57 percent (around the same as in last year’s survey) expected no change. Thirty percent (compared to 33 percent last year) expected to work with a bigger budget this year.

Almost one-third of respondents (32 percent) indicated that their organization’s total annual 2017 budget was $10 million or close to one-half (45 percent) reported that it was $5 million or more.

Respondents outsourced a variety of meeting-related services, and they were most likely to outsource event-supply rentals (65 percent), app development and deployment (64 percent), other technology services (50 percent), registration (43 percent), and housing (38 percent).

Respondents indicated that, on average, 24 percent of their organization’s revenue is derived from dues, 11 percent from sales, and 13 percent from publications/advertising/sponsorships. Forty-four percent comes from conventions, exhibits, and meetings (up from 36 percent in the 2016 survey).

Corporate planners indicated that, on average, the largest chunk of their income comes from conventions/exhibits/meetings (39 percent); for association professionals, it’s 36 percent.

Two-fifths of respondents (41 percent compared to 39 percent in last year’s survey) reported that the economic value of their largest meeting in 2017 to the host destination was less than $1 million, while 24 percent reported the value at $5 million or more.

Two-fifths of respondents (39 percent, the same as last year’s survey) indicated that the attendance at their largest convention/meeting/exposition in 2017 was fewer than 1,000, and 62 percent held a meeting attended by 1,000 and more attendees.

Nearly half of respondents (48 percent) expected 2018 attendance to increase, around the same percentage as those who expected it to increase in last year’s survey.

More than one-third of respondents (36 percent vs. 44 percent in last year’s survey) indicated that the total room pickup (all hotels) for their largest meeting was 2,500 or more. The average room pickup was 3,037.

Percentage of Rooms Picked up by Organization

More than half of respondents (53 percent compared to 60 percent in last year’s survey) reported that their organization picked up at least 90 percent of the room block for their largest meeting.

Types: In 2017, respondents held an average of approximately 15 committee meetings, 11 training sessions, 9 seminars, 5 board meetings, and 3 other types of meetings.

Locations: Respondents held an average of 30 meetings (compared to 11 meetings in last year’s survey) at downtown hotels; 3 at suburban hotels; 2 each at conference centers, resorts, and airport hotels; 2 at resorts; and 5 at other types of facilities.

Nineteen percent (compared to 18 percent in the 2016 survey) reported that the number of international attendees at their largest 2017 meeting increased, while 67 percent report no change.

Twenty-eight percent of respondents (vs. 17 percent in the 2016 survey) expected the number of international attendees at their largest 2018 meeting to increase, while 63 percent expected no change.

Characteristics of the Sample

Each year, meeting planners who are members of PCMA and an additional group of Convene meeting planner subscribers receive an extensive survey, which requests proprietary information and budget projections for their organizations. After answering an initial question on their professional role, respondents followed one of three survey routes; one for association meeting professionals and executives, another for independent meeting professionals, and the third, for corporate meeting professionals. While each response path had several unique questions, many questions addressed the same area but were worded differently to reflect the respondent’s particular role in the meetings industry.

Seventy percent of respondents said that meeting planning is their primary job responsibility and were most likely to hold the position of director (34 percent) and manager (24 percent). Eleven percent were vice presidents, and 11 percent were CEOs. Not surprisingly, given those titles, this year’s survey-takers were once again an experienced group, with an average of 16 years of work experience in the meetings field. Eighty percent of respondents had at least 10 — and half had 20-plus — years of meeting-management experience.

Given their tenure, these additional respondent demographics naturally follow: The average age was 47 and more than half (59 percent) earned undergraduate degrees (with 19 percent having earned post-grad degrees). Likewise, as industry insiders would surmise, the vast majority of respondents (89 percent) was female.