Inflation hit a four-decade high of 9.1 percent in June, putting continued pressure on consumer’s wallets nearly everywhere that people spend money. It is just one of many issues audiovisual suppliers — as well as event organizers working with tight budgets for their events — are facing right now, according to John Rissi, senior vice president, customer and industry engagement at event tech and production company Encore.

“Everything has gone up across the board,” Rissi said. “But if we were to apply all the increases that we’ve experienced in our pricing, nobody would be able to afford us.”

The cost of AV gear, travel for technicians, and trucking have all risen significantly, Rissi said, with the cost of everyday equipment like screens and video projectors increasing anywhere from 15 to 50 percent. The transportation and travel costs have prompted suppliers and planners alike to think critically about smarter ways of moving AV resources. For Encore, this has meant focusing on systems that allow them to track how their equipment and workforce are being used.

“We’re able to know where the equipment is, how long it’s going to be used, when it needs to be at the next venue,” Rissi said. “That’s a big advantage, and that’s what allows us to not just pass on all of the extra costs.” It’s the same story with staffing — with meticulous tracking, Encore can keep tabs on who has worked certain hours, where their last job was, and how easy or difficult it is for them to move to another destination for the next event.

Event organizers, according to Annette Suriani, CMP, CFMP, DES, principal and chief meeting strategist at AMS Meetings Solutions and executive director of the Association of Meeting Professionals (AMPs), should also be doing their part to help suppliers work more efficiently to help save their own budgets. Since returning to face-to-face events in 2021, Suriani has needed to increase event budgets anywhere from 20-30 percent to make room for widespread price increases. One way she is mitigating AV costs is communicating with venues about AV setups of events taking place immediately before hers.

“Find out who is going to be in that room before you,” she said, suggesting that event organizers can ask their AV company to talk to the previous event’s AV company or in-house provider. “See what they used, what rigging has been done, what lighting has been set up already. And piggyback off that.”

Roberta Sumner, principal at VRS Meetings & Events, also has had to get creative when it comes to getting equipment to events on time and in a cost-effective way. With two back-to-back events in Las Vegas and Miami, her regular AV production company made the decision to rent equipment in Las Vegas rather than transporting it from its original destination because “it was cheaper,” Roberta Sumner said.

Looking locally to cut AV costs, Suriani said, has helped lessen the astronomical costs associated with travel. “Trying to get trucks, trying to get buses, even flying stuff out — rates have gone up so much,” she said. “I just did a meeting in Orlando in May. We have a production company, but they did not bring any of their own equipment, because they didn’t want to have to truck it.” Her AV provider rented equipment from the in-house company and negotiated pricing on their own. “Whatever you source locally,” she said, “you’re going to save some money.” 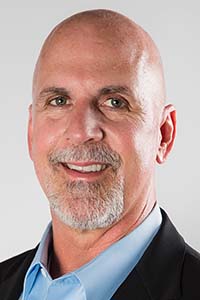 Valerie Sumner, owner of VRS Meetings & Events, told Convene that she worries that the mid-level group of associations that don’t have big budgets will be priced out of their annual events completely without effective strategies on both the organization and supplier side to cut costs. “That, to me, is a strategic question — how do we figure this out so that it’s good for the client, but it’s good for the industry, too? Nobody wants to not have an annual conference.”

One hack for cutting AV costs is reevaluating how to scale event pro- grams and make the best use of venue space. “Let’s not just look at a room and say, ‘Hey, we’ve always done your general session, your plenary sessions, and your educational content like this,’” said Jeffory Marker, vice president, national sales for event tech and production company ON Services, a GES company. “It’s: ‘What does your organization need to accomplish, and let’s see if there’s a better way to do that.’”

Valerie Sumner recommended reusing the main general session stage areas as much as possible by putting break-outs in the same space using smaller stages. “Anything recorded, do it in that space so that it’s already set for it,” she said. “Think about that when you’re designing your events.”

Instead of running 20 or 30 concurrent sessions, Suriani said, event organizers could consider cutting the program down and using fewer rooms that require AV equipment. “Maybe make the day a little longer, but use fewer meeting rooms, because you’re paying for labor and the equipment to set up all those rooms. Once you pay for the equipment, it’s there.”

Alternately, the showstopping setups of years past can be adapted into something a bit more affordable and less like Hollywood. “Talk to your AV company about the whole attendee experience,” Suriani said. “You may not have to have all these lights. Use a couple of up lights on your stage. Use just a spotlight for your speakers. You don’t necessarily have to be as elaborate [as pre-pandemic times] because I think [attendees] understand.” During the pandemic reshuffling, according to a recent post on the U.S. Chamber of Commerce website, jobs that require in-person attendance and traditionally have lower wages have had a more difficult time retaining workers — the hospitality industry has had one of the highest quit rates since November 2020.

The Cost of Talent

No industry has been left unscathed during the Great Resignation, something that both Encore and GES have experienced firsthand. Rissi said it’s costing more to attract and retain talent than ever before and many who left the industry at the start of the pandemic have yet to return. Local labor pools that AV companies often rely on for large-scale events are not as deep or knowledgeable as they used to be, which leaves suppliers with the choice to either fly technicians in for an event or train local resources on the fly, Marker added. With the addition of vaccination requirements at some events, the local talent pool grows even smaller in some markets without a high vaccination rate.

“Our No. 1 problem is, we’re still short of staff,” Rissi said. “We just can’t find enough qualified people. A lot of times we’re hiring people based on their hospitality skills, or their ability to interact with people, and then we have to train them up on the rest of it. And that takes time.”

Rissi said the best thing event organizers can do to navigate these challenging times is to be transparent about their needs — and keep the lines of communication open about suppliers’ needs, too. “Planners should be asking questions — ‘What’s the situation in your market with labor? What challenges should we be thinking about?” he said. “It’s not 2019 anymore,” he added. “It’s a new world. You have to think about your new world in a new way.”