The opportunity to earn a trip to Barbados, Nevis, or Saint Lucia seems like it checks all the boxes for a motivating incentive program: sunny skies, pristine beaches, and luxury accommodations.

However, there’s one box these places can’t check off as easily: inclusivity. Same-sex relationships are illegal. According to laws, being gay can be punishable by hard labor and prison sentences.

While the laws “are rarely enforced by way of criminal prosecutions,” according to a report from Human Rights Watch, which spotlights that a number of Caribbean destinations have similar regulations, they “all share one common trait: by singling out, in a discriminatory manner, a vulnerable social group, they give social and legal sanction for discrimination, violence, stigma, and prejudice against LGBT individuals.”

As the world prepared to celebrate Pride Month in June, a number of media outlets — including CNN, Newsweek, and Buzzfeed — called attention to the fact that many places have failed to progress in terms of accepting everyone regardless of how they self-identify. In fact, there are more than 70 countries where it is illegal to be gay. That presents a serious challenge for event organizers who are focused on making sure that all participants feel safe and respected. However, Billy Kolber, founder of HospitableMe, a company that specializes in LGBTQ strategy and training for hotels and destinations, told Convene that knowing where travelers will feel safe and welcome is not as simple as looking at the laws. 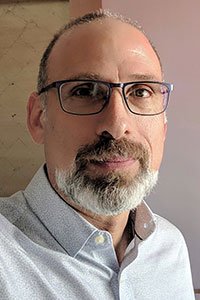 “Homophobia and transphobia is very personal and very local,” Kolber said. “It tends to be divided more along the fault line of urban and multicultural versus rural and monocultural. We see that here in the U.S., and we see the same thing play out all over the world. Even in countries where homosexuality is criminalized, large cities tend to be more accepting, understanding, and inclusive — no matter what the law says.”

Outside of those urban areas, Kolber pointed out, the tourism industry itself often shields travelers from feeling the impact of discriminatory laws. Jamaica — where being gay is punishable by 10 years in prison and hard labor — offers a good example of that.

“If you were to win an incentive trip to Jamaica, the reality is that you arrive on a plane, you get whisked off in private transportation to a resort that is fenced off from the local community,” he said. “You’re there for four days. You get back in the luxury transportation, back to the airport, and you leave. Nobody on an incentive trip to Jamaica who is gay is going to be arrested for being gay.”

And while those attendees will likely be protected from any legal issues, Kolber spoke to a larger issue facing event organizers. “What does it say [to your employees] if you’re trying to incentivize your top sales people by sending them to a place where, if they win, they will be breaking the law when they land?” Kolber asked. “If you’re a company that espouses a great culture of diversity and inclusivity,” he said, it can be a challenge to find destinations that share those same values.

In the U.S., event organizers have made an impact on anti-LGBTQ legislation in some states and cities. When lawmakers in Indiana signed a controversial religious freedom bill, the organizers of Gen Con — the largest tabletop game convention in North America — threatened to look for a new host destination instead of Indianapolis, part of a larger chorus of voices that helped overturn the law.

Business events leaders and destination marketers helped prevent the passing of a bathroom bill, which would require individuals to use facilities according to the gender identity on their birth certificates, in Texas. Event organizers can take additional measures to foster social progress. “From a meetings perspective, I think that you have the power to change the industry and make it better for all queer people by insisting upon gender-neutral bathrooms and fair treatment for everyone,” Ed Salvato, LGBTQ sensitivity and sales training expert at HospitableMe, and co-author of Handbook of LGBT Tourism and Hospitality, told Convene. “Look at what happened when the NBA got involved in North Carolina and relocated the All-Star Game to protest the state’s bathroom bill.”

Kolber said you need to dig deeper to ensure that LGBTQ attendees feel truly welcome. “Ask destinations, ‘Have your convention services people been trained around LGBTQ issues?’” Kolber said. “If everyone is truly welcome, I think it behooves the events industry to start saying, ‘Are your facilities people and the people who work in your convention centers trained? Are your convention service people from the CVB trained so that they understand what the issues are?’ Because it’s one thing to put gender-neutral bathrooms in an RFP, and it’s another thing to actually go out to your hotels and event spaces and help them determine how they can accommodate those requests. I think that’s what has been missing from the equation.”

Know Before You Go

“The law is one thing, and the reality on the ground is another,” HospitableMe’s Ed Salvato said. “It’s very nuanced. Even Tehran, Iran, [where homosexuality is illegal] has a very vibrant gay culture, albeit largely underground.”

To gain an accurate understanding of the laws and cultural attitudes in any destination, Salvato recommends that event organizers look at the Bureau of Consular Affairs at the U.S. Department of State website’s LGBTI Travelers page, which provides on-the-ground information from consulate officials. “It’s updated fairly frequently,” Salvato said. “For example, it might say, ‘South Africa has constitutional protections for gay people, but there is some danger in Johannesburg.’ It tries to get very specific and granular.”

Boycotts Can Backfire: ‘Bridges, Not Walls’

HospitableMe’s Ed Salvato said that while he appreciates the power groups can wield by threatening to take their events elsewhere when host destinations pass discriminatory legislation, he thinks boycotts can backfire.

According to the Human Rights Campaign’s 2019 Corporate Equality Index, Hilton, Hyatt, InterContinental Hotels Group, and Marriott all received perfect scores of 100, an indication that the companies are committed to non-discrimination policies, employee benefits for same-sex partners, and a range of other inclusive practices. However, all of those companies operate properties in destinations where being gay is a crime.

“A lot of these hospitality companies create safe spaces where they say, ‘We may not control the laws in this country, but we can control what happens in the four walls where we operate,’” Salvato said. “They make spaces that are safe for employees, including many queer employees.”

Boycotting them can translate to fewer guests, and ultimately, fewer employees. “I personally don’t support boycotts from a consumer level because I think they can hurt those people,” Salvato said. “I’m a believer in building bridges, not walls.”