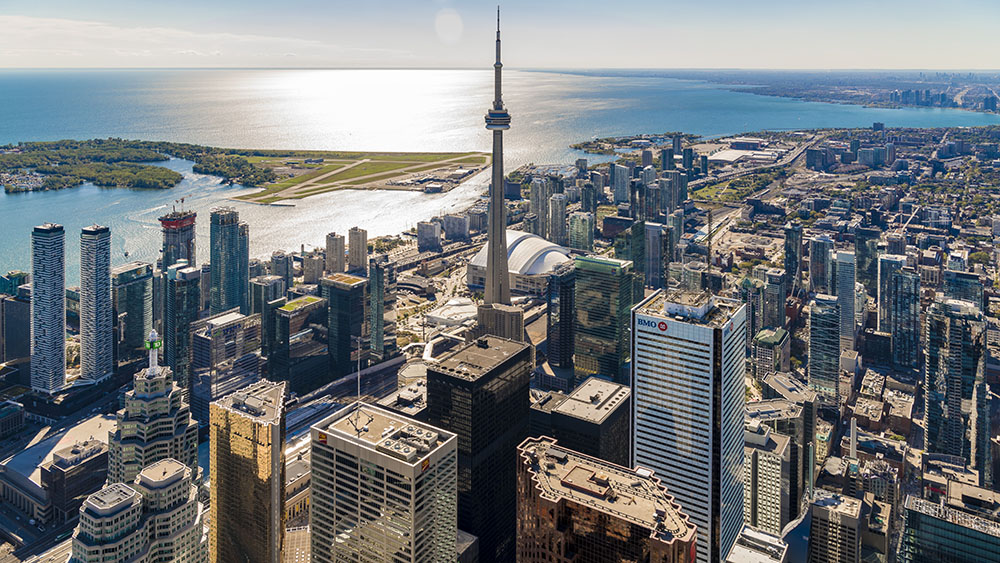 Have an hour to spare? See Toronto’s top sights on this walking tour, all within a 10-minute walk of the convention center.

Toronto is one of the most central destinations for global business events. It’s home to North America’s second-largest financial services center and third-largest technology sector, plus Canada’s largest combined life sciences sector. But when you come to the Metro Toronto Convention Centre (MTCC), you’re visiting more than just a destination for business and innovation. You’re in the heart of some of the city’s best sights—all within a short walk.

Literally located steps from the MTCC, the CN Tower is perched more than 1,800 feet above Toronto—defining the city skyline and offering visitors unbeatable 360-degree views. Get your blood pumping on the hands-free EdgeWalk, or play it safe with a sky-high meal at 360 Restaurant. Can’t find it? Just look up—you can see it from almost anywhere in the city!

Adjacent to the CN Tower sits Canada’s largest indoor aquarium. A year-round activity, pop in between sessions to see one of the world’s most extensive jellyfish exhibits or to meet giant lobsters who are more than 65 years old.

Toronto is a passionate city, and that’s especially evident when it comes to sports. Baseball-loving attendees will be happy to know that the MTCC is just a 5-minute walk from Rogers Centre, home base of the Toronto Blue Jays. Scotiabank Arena, home to the NHL Maple Leafs and NBA Champion Raptors, is also only a few blocks away.

Toronto is located on the shores of Lake Ontario, a waterfront less than a five-minute walk from the south building of the MTCC. The 46-kilometre shoreline boasts city parks, beaches, marinas, concert venues, art galleries and a new BMX park. Plus, the Toronto islands are just a short ferry or water taxi ride away.

Toronto boasts one of the liveliest theatre scenes in the world, with many of the curtain calls taking place at the Royal Alexandra Theatre and the Princess of Wales Theatre. The venues, which happen to sit next to each other, are just blocks north of MTCC—making them a grand finale for any walking tour.