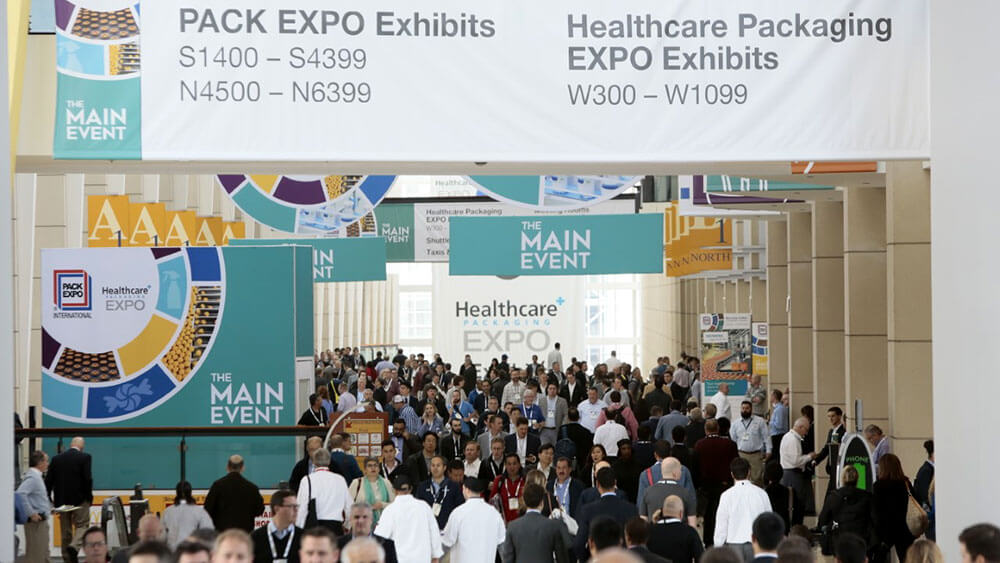 About 1,890 abandoned registrations for PACK EXPO International and Healthcare Packaging EXPO 2018 were converted through email marketing.

In the e-commerce world, cart abandonment — when a visitor puts one or more items in their shopping cart and then leaves the site without completing their order — is a common problem. Data company Statista estimates that the average cart abandonment rate across all e-commerce sectors is 79 percent, and airlines and travel sites take the lead (with 88 percent and 81 percent abandonment rates, respectively).

Cart abandonment in the events business is another way of describing partial online registrations. And Tina Warren, director of trade show marketing with PMMI, The Association for Packaging and Processing Technologies, wanted to try something different at her 2018 show — PACK EXPO International and Healthcare Packaging EXPO — to address it. PMMI, which produces PACK EXPO International in even years and PACK EXPO Las Vegas in odd years, co-locates both of those events with Healthcare Packaging EXPO using a single registration. Instead of sending an auto-reminder to those who had abandoned their carts 24 hours after they left the site as PMMI had done in the past, Warren sought to take a multi-pronged approach.

Sometimes potential attendees abandon the registration process “because they truly aren’t interested in the event,” Warren told Convene. “But we have found a subset of people who just either got interrupted or there was a question that they didn’t have the answer for readily available.”

So PMMI worked with event-tech company Convention Data Services (CDS) to help convert abandoned registrations for PACK EXPO International and Healthcare Packaging EXPO 2018, which took place Oct. 14-17 at Chicago’s McCormick Place. CDS reached out to partial registrants, mostly from the packaged goods industry — including F&B, pharmaceutical manufacturers, and those in the e-commerce space — via a personalized email marketing campaign and PMMI supported that effort with targeted social-media marketing and telemarketing.

One approach that distinguished the marketing for PACK EXPO International and Healthcare Packaging EXPO 2018 from PMMI’s previous trade shows was personalization, Warren said.

Each potential attendee received an email that looked more like a personal letter than a promotional piece — in plain text rather than HTML. “It was really more of a personalized letter utilizing just the banner [image] of the show so that they could make the connection that it was about PACK EXPO,” Warren said. Another personal outreach effort was PMMI’s telemarketing campaign to the same people who had not yet finished registration.“We have definitely done telemarketing before, but not to the abandoned registrations,” Warren said. The results, she said, were “more impactful.”

Early in the PACK EXPO International and Healthcare Packaging EXPO 2018 registration process, potential attendees were asked to provide their email address. PMMI was able to use that information to serve up social-media ads to potential attendees who had abandoned registration, with paid retargeting ads on Facebook and LinkedIn. Of the two, Warren said that the Facebook ad campaigns were more successful — “strongest across the board” in terms of converting different demographics.

In all, 21,542 emails were sent to potential PACK EXPO International and Healthcare Packaging EXPO 2018 attendees, with a 51.2-percent open rate, and an 11.2-percent click-through rate. And 1,890 abandoned registrations were converted through email marketing alone.

Between CDS’ personalized emails, and PMMI’s social ads and telemarketing campaigns, 9 percent of abandoned registrations were converted to completed registrations. “In a show our size, it’s a large number,” Warren said. PMMI met its goal for the trade show, with approximately 45,000 attendees.

“Somebody who goes through the trouble of partially filling out a registration form, you really want to hopefully nurture that lead and get them to convert to a registration,” Warren said. “So, I think we do want to have two full years of data before seeing what else or different elements we would want to implement.”