At a Women in CleanTech & Sustainability event, Ethical Swag’s bamboo cutlery in branded pouches made of recycled materials were coveted items.

When Tara Milburn attended her first Promotional Products Association International Show in 2010 or 2011, it was her first entrée into swag (stuff we all get). Back then, she had this idea to start a business on the side, selling swag made by socially conscious and sustainably minded suppliers and had put her stake in the ground — or on the internet — with the website ethicalswag.com. 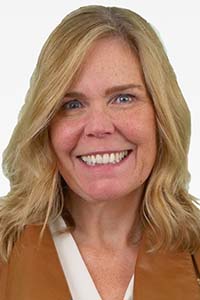 When she shared her idea at the expo, Milburn said, people said, “Hold on. Let me get this straight. Ethical Swag. So, you’re only going to sell ethical products?” She was told that she would be out of business in no time and it was the craziest thing they’d heard. “Now it’s like all of the suppliers are talking about sustainability,” Milburn said. “Back then, people thought I’d hit my head really hard.”

Milburn recently spoke with Convene from her home in Cape Breton Island, Nova Scotia, Canada, which happens to be in the middle of a United Nations biosphere reserve — a place where you can easily picture the founder and CEO of a company called Ethical Swag living. She shared how she got her start and where she sees the trend for sustainable promotional products going.

On where she got the idea

“I know it’s probably really hard to believe, but I didn’t wake up one morning with a burning desire to put logos on pens,” Milburn said. Before making Ethical Swag her full-time job in 2017, she had spent a 30-year career in variety of roles, from director of communications and marketing of the original bid committee of the Vancouver 2010 Olympic and Paralympic Games to head of a cyber-security company. One thing she noticed throughout her career was the ubiquitous nature of swag in every sector — in government, nonprofit, for-profit, sports, and entertainment.

“What I really thought was intriguing was a company going to the expense and effort of putting their logo on a product, and yet, that product didn’t reflect their brand in a way that’s meaningful. I’m like, ‘This shouldn’t be that hard. Why is that?’”

Ethical Swag was an attempt to bridge that disconnect but it would be seven years until the site picked up steam and Milburn decided to “get uncomfortable” and “give up my full-time, beautiful, golden handcuffs” — her corporate executive role —to give this her all.

Milburn relaunched the website, fine-tuned the messaging and after doing a good deal of research, learned that those who had found the site “self-identify.” To this day, Milburn said, the company does next to no advertising.

Milburn also learnedin doing her research that her gut instinct when launching the business was right in some ways but wrong in others. She found two main objections to sustainable swag: “Oh, I tried that once. The products were crap.” And the other: “It’s too expensive.”

She realized that she needed “to be able to meet our customers where they are” and to pursue “progress over perfection,” she said. “If we are looking for everybody to be completely perfect, then we are not going to get to where we’re going. So, for me, it was around inspiring people to change, not depressing people into change. That was really important. It’s not about Ethical Swag is good, and everybody else is bad. There’s none of that.”

One thing you won’t see on the Ethical Swag website or in any of its social media: images of “plastics in the ocean and that sort of thing. People turn that off,” Milburn said. “We very much focus on meeting our customers where they are and being transparent about what we’re doing.”

That includes the way the company presents products on its website: They are rated good, better, best. “That was our response to meeting our customers where they were. … If you want a dollar pen, we have a dollar pen. But we have social-compliance documents to go with it and the pen is recycled.”

There’s so much that customers, including meeting planners, have to deal with in pandemic times, Milburn said. “It’s just one more thing,” she said, “to think about sustainability. For us, what we really wanted to do was just make it easy.”

That includes the company buying carbon offsets for its carbon footprint, which includes the shipping of the products. 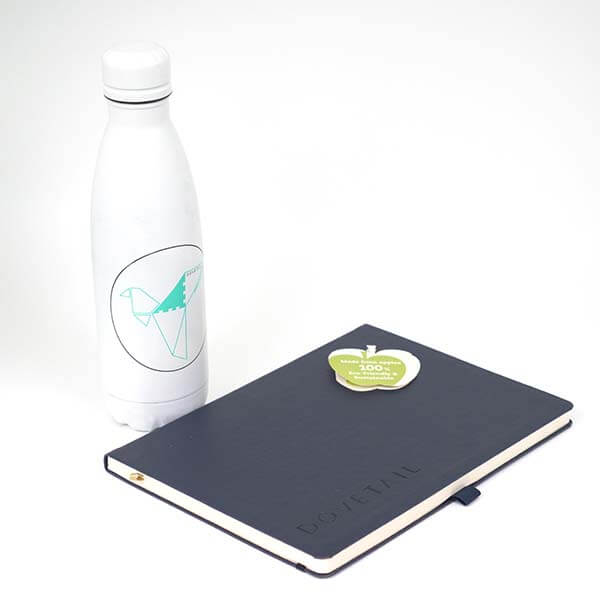 One surprise Milburn has found: Her customers have been primarily women. “It aligned with their personal values,” she said. “It may or may not have aligned with their corporate values, but somehow, sustainability has become women’s work. I’m not trying to shame the men by any stretch of the imagination, but it certainly seems like there’s a lot of women having these discussions.”

Since the pandemic, Milburn said, business is booming, and she thinks it’s because there is a renewed focus on sustainability. Customers also are looking for authenticity. Ethical Swag is a Certified B Corporation, which is awarded to businesses that meet the highest standards of verified social and environmental performance, public transparency, and legal accountability to balance profit and purpose. Milburn said being a B Corp makes Ethical Swag something of a “unicorn” in her industry — there are 25,000 promotional products companies in North America, and under five are B Corps.

While Ethical Swag has sold to conference and event organizers, the company’s primary markets are the government and corporate sectors. HR departments reach out to the company, Milburn said, “because we can really show your corporate culture through the swag that you buy. Talent acquisition and retention has been, over the last couple of years, a real challenge. I think that we help [with that]. All that intuition I had at the very beginning [about] putting your logo on the wrong kind of products, I think that corporations and governments are really recognizing it’s important that they tell a story that aligns with them and aligns with the folks that they’re trying to attract.”

Clients who buy products from Ethical Swag often use them for their events in a way that runs counter to the “swag” acronym — not everyone gets it. More expensive items can be purchased as incentive tools, Milburn said. For example, there was a buzz about branded socks being given out at a convention, but you needed to do more than scoop them up at the exhibitor’s booth. They were used intentionally as a conversation starter or lead generator. If an attendee came by the booth for the socks, they engaged with the exhibitor first.

“You don’t give it to everybody,” Milburn said. “You don’t buy thousands of them, and you just give them to everybody, because that lacks meaning.” Events, she added, are a “really good place” to move the needle on sustainability. “Let’s stop giving away stuff for the sake of giving away stuff. Let’s put some storytelling and some meaning behind it in a way that really helps your brand values and helps you with your business.”

Milburn thinks meaning is what people crave right now. “That’s why I find companies are coming to us,” she said. “It’s that storytelling.” She shared the example of a notebook — made with recycled paper and using organic soy-based ink — that was given to participants at a recent conference. Inside, a tipped-in page included a message from the organizer, telling the story about the thought that went into purchasing those books — and the thought that went into the event. “That storytelling piece, I think, is where companies find they can really start to see the value,” Milburn said. “Less is more sometimes.”

“The environmental impact of an event is often hiding in plain sight,” according to a recent Association Meetings International (AMI) post. “While air travel and food waste are the headline villains, the materials used in branding and signage is another major culprit.”

Which is why the International Olympic Committee (IOC) and the Union of European Football Associations co-commissioned a technical study to find more sustainable solutions. The result is a 112-page guide — “Environmental impact evaluation of branding and signage solutions for events” — that explores the materials used at events, such as banners, and identifies more sustainable options.

IOC Director of Corporate and Sustainable Development Marie Sallois called the environmental impact guide a first step. “Branding and signage are essential to bring color to an event and engage participants, but. … a better understanding of the composition of branding and signage materials and how to optimize their lifecycles, can help reduce their environmental impact.”

One company working toward that goal is Calgary, Canada–based Lollipop Signs, which happened to get its start at the 1988 Calgary Olympics, providing Olympic sponsors with signage. Lollipop has since transitioned its banners to an eco-friendlier version — engineered paper — than plastic, citing a cradle-to-grave life-cycle assessment by Aspire Sustainability Group. Aspire found engineered paper has a 79-percent smaller carbon footprint than PVC plastic and engineered paper uses 38 percent less water and generates 28 percent less solid waste.