Kellie Shevlin, CEM, co-founder and executive director of the Craft Beverage Expo, Washington, D.C., talks about her career path and gives young professionals in the business events industry some advice: “If you have a good idea, go for it.” 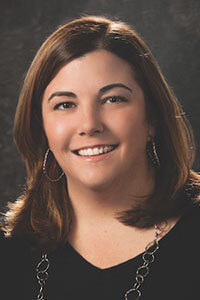 At the Smithsonian, at the [National] Portrait Gallery. I was in the public-affairs office, and I worked on press and parties. I loved the events that we did at the Portrait Gallery. The museum was amazing. In 2000, the museum closed for renovations for six years. I knew I wanted to stay in events, because that was my favorite part of the job.

After the Smithsonian, I got a job at Carey Meetings & Events. I ran the transportation programs for large-scale events like the Super Bowl, the NBA All-Star Game, and other giant events that required large transportation. That’s what I was in charge of — getting everybody to and from with buses, cars, and anything with wheels. It was a really fun and exciting job in your twenties — I was constantly traveling. From Carey, I went to National Trade Productions (NTP), and then I became the director of sales for the Metropolitan Cooking & Entertaining Show.

It was at the Metropolitan Cooking & Entertaining Show that I had the idea for Craft Beverage Expo. I had done a lot of work with the beer, wine, and spirits pavilions, and I really enjoyed it. [MetroCooking DC, run by the Metropolitan Cooking & Entertainment Show,] was a consumer show, but I realized that my heart was in the B2B piece of it. I was like, “Is there a hole in the beverage industry, on the B2B side?” I knew that I wanted to launch something, and that’s how it started. I didn’t just want to be a director of sales. I then spent about a year and a half putting ideas together and writing the business plan.

I’m the founder of the show and visionary [for the Craft Beverage Expo, founded in 2014], but really, I’m the show director. We run mean and lean — I have a conference director that I work with, and I have some marketing people. Other than that, I do the sales, I come up with the keynoters, and I strategize with my team.

Most Influenced In My Career By

Denise Medved from the Metropolitan Cooking & Entertaining Show — we worked together at National Trade Productions, and she owned part of one of the shows. She made me realize that launching a show isn’t magic — that there is a formula behind it. There are questions to ask. Throughout the years I worked for her, she demystiﬁed the process of launching a show.

Favorite Thing About My Job

I love working with passionate people. The people on the trade-show side, my attendees, my exhibitors. My attendees just want to make great wine, great beer, or great spirits. It’s exhilarating to work with people that are that passionate.

My Next Career Goal

My Advice For Young Meeting Professionals

I used to think that you had to have all your ducks in a row before you could try something. That’s not true. If you have a good idea, go for it. There’s a ton of camaraderie in the trade-show and meetings industries. Find someone you trust, have them sign a non-compete [agreement], and talk to them. People are more than willing to give you advice and to lead you in the right direction … But don’t forget the non-compete!