The destination has always been an important part of the overall experience for participants of American College of Toxicology’s (ACT) annual meeting. So, when ACT decided to take its 2020 program entirely online, Nov. 12-19, organizers made a point of building their host city’s physical presence into their virtual world as much as possible — even keeping the destination in the event’s tagline.

With ACT’s 41st annual meeting originally scheduled to take place in Austin, the team had plenty of inspiration to work with, considering the destination is known for its quirky nature (“Keep Austin Weird” is a city slogan) and thriving culinary and live music scene. By branding the virtual event with the tagline, “Bringing Austin to You,” ACT could incorporate graphics that had already been created pre-pandemic — and promise a program that would engage the 900-plus participants’ senses instead of just being a more generic educational experience. “We were a little worried that, [it] being toward the end of the year, that people were going to be Zoom fatigued and over virtual meetings,” said Maureen Bayley, CMP, ACT’s senior meetings manager. Plus, it was going to be the first time ACT would have been meeting in Austin, which its scientist attendees had been “really excited” about, she said. For their council members, Bayley and her team planned a virtual dinner party with the chefs at Comedor, a Mexican restaurant in Austin’s Warehouse District. Working with a local vendor, Assembly, to package and ship the cooking ingredients to 18 attendees, the council enjoyed a night of cooking and dining along with the restaurant’s chefs in their own kitchens.

For the rest of the program and attendees, Bayley went all in on Austin’s live music scene. “Our group likes to get out and see the city,” said Bayley, adding that attendees had been particularly excited about exploring Austin’s famous downtown to pop into its bars, restaurants, and live music venues. Working with Visit Austin for guidance and recommendations, Bayley reached out to Austin City Limits (ACL) Live at The Moody Theater, where the popular PBS concert series of the same name is taped. In-person, behind-the-scenes tours are regularly on offer at the 2,750-person venue, and ACL’s team agreed to tape the experience for attendees to view on demand.

“It was something that they didn’t necessarily offer already, but they were willing to work with us [on for] this virtual environment,” Bayley said. They also approached Capital Cruises to film a bat cruise — another signature Austin attraction, in which visitors experience the flight of thousands of Mexican free-tailed bats from under Anne W. Richards Congress Avenue Bridge, home to the largest urban bat colony in the world.

During the welcome reception — held over Zoom, where each breakout room offered a different kind of Austin-themed experience — attendees could tune in to live concerts, take line-dancing classes, or play music-themed trivia with other attendees. Breaks also included live music sessions, with a special focus on local artists.

The logistics were simple, too. Vendors taped the experiences, and Bayley’s team uploaded the videos to their virtual platform, Intrado, scheduling them to play during attendee breaks and then making them available on-demand after. Or the talent participated live via Zoom.

“That was a big hit,” said Bayley. “People really liked hearing those local flavors of music. I think it kind of gave people a good break, something in the background to listen to.”

Visit Austin launched a new portal on its website called Visit Austin, From Home during COVID-19 aimed at connecting visitors with local businesses and talent, including a series spotlighting local chefs, bartenders, and others from the hospitality industry. The American College of Toxicology included several of the pre-recorded videos on its event platform, including some illustrated in the photos below. ACT worked with Capital Cruises to film a bat cruise — another signature Austin attraction — for its attendees.. (Christopher Sherman) 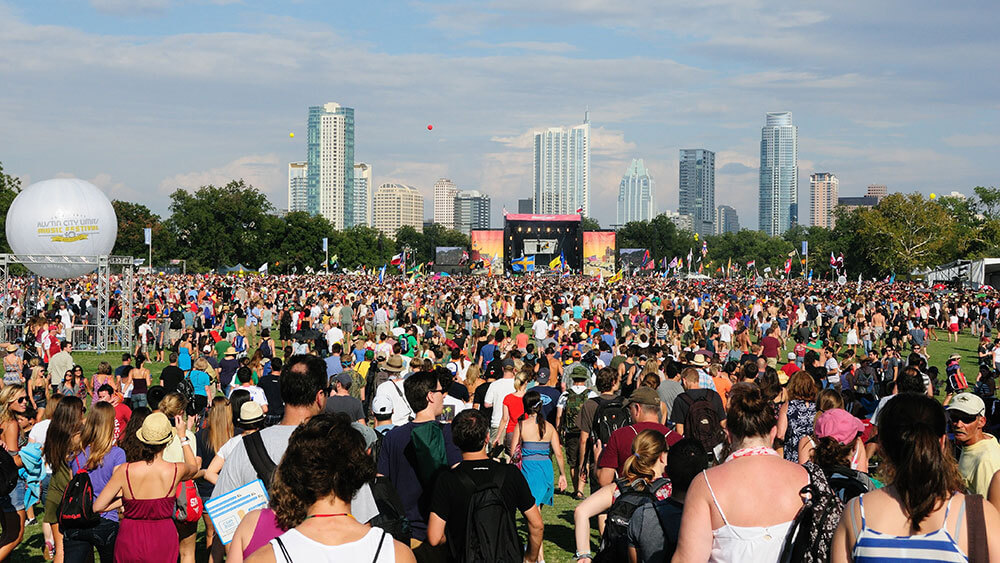 When it takes place, the Austin City Limits Music Festival brings thousands to Austin's Zilker Park. The ACT conference worked with ACL for behind-the-scenes tour of one of the venues it uses. (Austin Parks and Recreation) Chefs at Comedor, a Mexican restaurant in Austin’s Warehouse District that serves bone marrow tacos like those in the photo, worked with ACT to create a cooking class. (Hayden Spears) Austin's Sixth Street brims with bars, restaurants, and music. ACT leaned into Austin's music scene, offering live music during breakouts and at other times during the conference. (Jim Nix)