After 1936, the works of pioneering modern artist Paul Klee began to look markedly different. His paintings went from playful in nature to more somber in tone and color. That was when the German-Swiss painter began to suffer from an illness later diagnosed as scleroderma, or systemic sclerosis, a rare autoimmune disease affecting the body by hardening connective tissue. The disease would claim his life four years later. 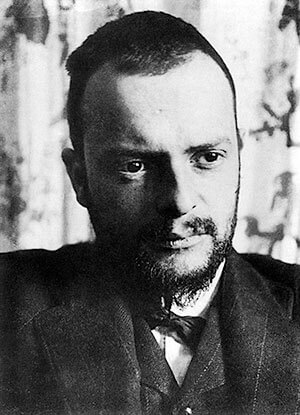 Fast forward some 70 years, and the disease still remains rare, addressed only on the fringes of larger rheumatology conference programs. That is, until 2010, when the World Scleroderma Foundation (WSF), a Switzerland-based nonprofit, and AIM Group International, its professional congress organizer (PCO), joined forces to launch the first international congress solely dedicated to scleroderma, the Systemic Sclerosis World Congress (SSWC).

Also known as the World Scleroderma Congress, SSWC has since been held every other year. The 2018 congress, Feb. 15–17 in Bordeaux, France, drew more than 1,000 people from around the world. In 2020, the sixth edition of the congress will take place in Prague, the Czech Republic.

“It all started thanks to the active relationship between AIM Group and the Italian rheumatology community,” said Francesca Manzani, who heads AIM Group’s office in Florence, Italy, and is SSWC’s project manager. Specifically, Manzani said, the event traces back to AIM’s relationship with Professor Marco Matucci-Cerinic, WSF chairman, and director of the Rheumatology Department at the University of Florence. “He wanted to share best practices related to this specific and serious disease and he realized that during a general congress about rheumatology, very little attention could be addressed to scleroderma,” she said. “He asked for our support to create a new platform where scleroderma could find its focus.” Not only has the event put a spotlight on researching scleroderma and exploring treatments, but Manzani said it is an early example of a medical meeting that emphasizes patient participation.

The patient component is important for a number of reasons. Less funding and research are dedicated to scleroderma than to other more well-known illnesses, Manzani said, and there isn’t a treatment that can address all of its complex symptoms. There is therefore greater need to share experiences and knowledge — not only among members of the medical community who specialize in scleroderma, but also among the patients who suffer from it. Patient feedback is crucial to understanding how effective the solutions are, Manzani said. In addition, part of WSF’s mission is to raise public awareness of the illness, and engaging patients plays a strategic role in that. Engaged patients, Manzani said, share information. “Patients and their families are functioning as an information hub, with word of mouth,” she said. Today, that includes social media, which can have an “echo” effect, she said, extending to public media.

When WSF and AIM considered how to include patient participation in SSWC, they realized that they needed to take a different organizational approach. Given the ethics standards and need for strict compliance to rules governing medical meetings in Europe, they decided to plan two parallel congresses: one for medical professionals, and one for patients.

“When you organize an educational event with pharmaceutical industry sponsors, you are not allowed to have patients in direct contact with the sponsors, so you must organize two separated congresses, each with their dedicated spaces and entrances, separate participant flows, and different scientific programs,” Manzani said.

The approach seems to be working. “Congress after congress, the patient community has grown,” Manzani added, noting that most patient attendees have been invited to the congress through various scleroderma associations, particularly from throughout Europe. SSWC organizers continue to introduce new formats, with an emphasis on interactivity.

Over the last five editions of SSWC, new educational formats have been introduced with the goal of making knowledge sharing more effective, and with an emphasis on interactivity. As part of the congress, for example, “Meet the Experts” classes feature a senior doctor sharing information with younger physicians followed by a Q&A session. During the patient congress at SSWC 2018, which was held at the Bordeaux Convention Center, Dr. Brett Thombs, the director of Canada’s Scleroderma Patient-centered Intervention Network (SPIN), led a roundtable that addressed psychological concerns in newly diagnosed patients. SPIN researchers held focus groups with scleroderma patients to understand barriers they face when trying to exercise. Geneviéve Guillot, of Sclérodermie Québec and a SPIN Patient Advisory Board member, said in a statement that she “found it fascinating to witness health-care professionals, researchers, and patients from around the world meeting to share their expertise and experience” on systemic sclerosis. “I was able to attend presentations on the current state of research,” she said, “advances in treatments, and overall management of the disease.”

In addition to its patient-centered focus, WSF actively engages the next generation of health- care providers with its association and event. For example, in addition to “Meet the Experts,” younger physicians at last year’s event did video interviews with senior health-care professionals on various topics and those videos were posted on the WSF site and its YouTube channel.

After five events, SSWC has made important strides. “The congress in Bordeaux contributed significantly to the fortune of the WSF, both economically and in terms of image,” Professor Matucci-Cerinic said. “The congress was supported by numerous new sponsors and the attendees came from all over the world. This reinforces and demonstrates the high scientific quality of our event.”

SSWC wasn’t instantly popular among sponsors, however. In its first few years, it was challenging to “find sponsors and funds to support the organization of something new, without a track record, and for a rare, less-known disease,” Manzani said.

On how they overcame these and other challenges, both Matucci-Cerinic and Manzani are in agreement. “The congress and its positive outcomes are the result of a shared work between the scientific world and the PCO,” Matucci-Cerinic said. “The WSF will be able to continue its research thanks to such results and our hope is that our studies and research will bring the cure of scleroderma.”

Likewise, Manzani credited “the strong collaboration and trust with the scientific community,” with the congress’ success. “We shared a common challenge and thanks to an open dialogue, we identified the strengths and weaknesses and the possible solutions,” she said. “Being flexible and creative are a plus when you have to mark the path first.”

One of the actions taken at that first SSWC in Florence was the creation of World Scleroderma Day. The date chosen, June 29, marks the day artist Paul Klee succumbed to the disease in 1940. The Klee family is now the patron of WSF, and Alexandre Klee, the artist’s grandson, opened the plenary session in Bordeaux with a video message — painting a brighter future for those with the disease.

According to the World Scleroderma Foundation (WSF), scleroderma means “hard skin,” but is a complex and perplexing disease with features of vascular damage, organ scarring, and immune-system dysfunction. There are an estimated 2.5 million individuals worldwide who suffer from scleroderma, with the majority being women of childbearing age. The cause is unknown and effective overall treatments are lacking.