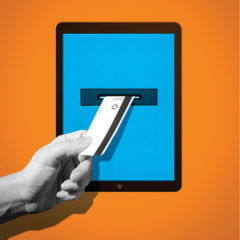 Net neutrality might never end. While the Federal Communications Commission (FCC) voted in December to repeal the regulations that prohibit broadband providers from charging for higher-quality service, that move is likely to be challenged in court. But if net neutrality does go away, would that be likely to affect meetings and events, which increasingly rely on robust internet access for everything from mobile-app use to live-streamed content?

We asked Thad Lurie, vice president of business intelligence and performance for Experient. Here’s what he had to say:

Generally speaking, net neutrality is not going to affect trade shows and conferences all that directly. There may be some indirect effect, but the truth of the matter is that net neutrality is going to affect individual consumers. We might have to pay more for Spotify, because it eats a lot of bandwidth, and Comcast or Century Link or whoever your internet provider is now has the right to make you pay directly for specific services that eat more bandwidth. Things like a Spotify or a Netflix or an Amazon Prime Video — those eat a lot of bandwidth, so I think the ISPs are going to be focusing on those.

[pullquote]Generally speaking, net neutrality is not going to affect trade shows and conferences all that directly.[/pullquote]

Now the caveat is that this is going to be challenged legally, repeatedly, and nobody really knows what’s going to come out of it. That’s the first hurdle. Then the second hurdle is companies like Comcast and AT&T and some of the other internet service providers have already stated that they’re not going to throttle, meaning they’re not going to change speeds for certain things or charge for access to certain things yet. They’re also waiting to see what happens legally, and I don’t think they want to start charging people $3.99 a month to use a specific service and then have to back that out if and when this gets overturned or they change the rules.

When it comes to events, I was talking to a colleague, and I was saying, well, maybe it would affect a company like a Smart City where they control the internet service into a number of the large convention centers in the country. Then I started looking at the scale of that; I did a bit of research. Netflix usage [is] somewhere in the neighborhood of a third of the bandwidth of the entire country. Just Netflix. So when you’re thinking about a matter of scale, probably the biggest target for throttling is Netflix, and it’s probably going to be a legal battle there when Comcast starts charging people to see [Netflix’s] movies at regular speed.

Again, not directly affecting the events industry. I thought about the event buildings that I’ve worked with — which is a pretty decent number — and the internet contracts that I’ve negotiated. Generally, [for] the circuits running into a convention center, you negotiate a contract for like one gigabit per second circuit. That’s a pretty decent amount of bandwidth. That’ll service a meeting of somewhere between 10,000 and 25,000 people. There’s some bigger meetings, like CON/AGG and CES, those are going to need probably like a three-gig circuit.

How does that compare to Netflix and their usage? By my calculations, a one-gig circuit would be saturated by 1,200 people watching an HD movie at the same time. Netflix has, I think, 107 million subscribers, and we’re talking about 1,200. And that’s if we maxed out the circuit for the Philadelphia Convention Center. We’re not even on the radar, I don’t think, with respect to what they might throttle or what they might try to put a price tag on.

Even with virtual events and streaming of keynote sessions and things like that, even if you stream a keynote to a couple thousand people, it’s not going to be in HD quality. It’s going to be a short-term event that happens once for an hour. I just don’t think that the usage is going to be high enough to generate something that’s even a fraction of 1 percent of the traffic that a Spotify or a Pandora or a Netflix or an Amazon Prime Video generates.

From an individual consumer level, there’s a lot to be thinking about. This is still indirect, but the only way I could see this affecting a conference is, I wouldn’t be surprised if certain internet service providers start charging so that you can use applications on their network. In theory, if I’m a Comcast subscriber, I have to pay $3 a month to use Twitter on Comcast bandwidth. So theoretically, if I had to pay as an individual to use Twitter, I might not use it at the conference. Again, it’s kind of indirect. You have to stretch to try and find ways that this might affect people later. At least for the next year, I don’t think we’re going to hear mum about it.