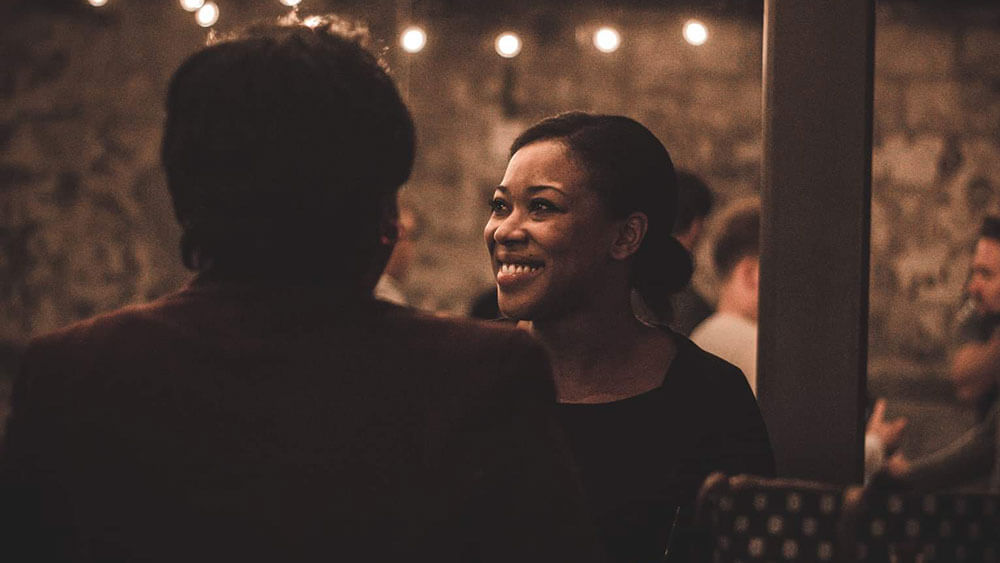 It’s hardly ideal to send a “We need to reschedule” message to conference registrants only a little more than one month out from your event, but that was the only viable option for the team at Graz, Austria–based Fifteen Seconds, who had planned to bring their first U.S. event to Detroit in September. What prompted the last-minute change? It was because one of the most important members of the their team couldn’t come to the country.

“We faced unforeseeable issues regarding the L1A visa our company’s founder and managing partner applied for,” read an announcement I received in mid-August as a member of the media registered to attend the event. “Although we have invested a significant amount of time and effort to fulfill all requirements, the U.S. Citizenship and Immigration Services (USCIS) has not approved the visa yet but again requested additional evidence. As a result, our company’s founder and managing partner Stefan Stücklschweiger is not allowed to enter the United States pending further notice, which makes it impossible for us to execute the final event preparations for Fifteen Seconds USA at this scale.”

Documentation Delays
Nino Groß, director of communications at Fifteen Seconds, told Convene that they first learned of the issues at the end of July. Stücklschweiger had not been denied entry, but the U.S. Citizenship and Immigration Services (USCIS) had requested additional documentation. “Our lawyers advised us that this kind of request,” Groß said, “can take a very long time to process.” Others in similar situations had experienced delays of up to five months. “We realized that there was a high risk of Stefan not being able to enter the U.S.”

Business responsibilities such as signing contracts with vendors fell on Stücklschweiger’s shoulders, and the program would feel incomplete, Groß said, without the brains behind the conference’s impressive trajectory in Europe on hand for the introduction in a new country.

What started out as a marketing conference in 2014, Fifteen Seconds — so named because that’s how long it takes to form a first impression — has grown into an interdisciplinary business festival that attracted more than 5,000 participants to Graz for its fifth edition this past June. And while the festival’s U.S. debut was put in jeopardy by the visa challenge, the Fifteen Seconds team wasn’t ready to scrap it entirely.

Groß said that the team had a series of brainstorming meetings and decided to take a cue from another event format they had been exploring at home in Austria. The concept — branded as Fifteen Seconds Unlimited — aims to gather members of their community on a regular basis for evening programs they can fit in after their workday. “When we learned that we wouldn’t be able to host the big conference in Detroit in September, we knew that the best solution was to bring this concept to town, as a teaser for what’s coming in 2019,” Groß said. “We saw it as a perfect chance to start building a community that could lay the foundation for the bigger event.”

New Space, Same Vibe
While the newly imagined event was named “Unlimited,” its space requirements were not. Detroit’s recently renovated Cobo Center was a natural fit for the expected 2,000 attendees at the original event, but it wasn’t the ideal setting to host only 200-400 now planned for an evening program. During the second week of August, two members of the Fifteen Seconds team traveled to Detroit to scout potential venues and chose The Garden Theater. Like many venues in Motor City that have been given a new life, the historic building had spent decades in ruin and has recently been transformed by a multimillion-dollar restoration.

Despite a new venue and a dramatically shorter program, the event still channeled the Fifteen Seconds vision of “a business conference, done differently.” The original speaker lineup featured 80 names, from which five were selected by the Fifteen Seconds team for the trimmed-down version. They couldn’t have been more dissimilar — a Buddhist monk, a marketing executive from an adult entertainment website, a neuroscience professor, an award-winning designer, and the founder of a lifestyle retail brand — and that was intentional.

“Interdisciplinarity is something we definitely put a focus on,” Groß said. “We believe when passionate and curious people with different backgrounds and expertise come together to share their perspective on a relevant topic, something magical can happen and attendees will leave truly inspired. That belief applies to all the events we host, whether it’s a big multi-day conference or an intimate evening of conversation.”

The conversation kicked off with a pre-recorded video message from Stücklschweiger that informed the audience of the visa challenges and encouraged them to be curious and enjoy the evening. “We received really strong feedback from the attendees,” Groß said. “Despite all the changes, we were very pleased with the event.”

Formalities Aside
Each of the five speakers embodied the Fifteen Seconds Unlimited theme — Unleashing Creativity — in their own way. While the act of “unleashing” may convey a sense of force, the environment at the theater felt more like a comfortable campfire conversation. From the bar at the back of the room (closed until after the program concluded) to the DJ spinning records onstage to transition between speakers, Fifteen Seconds was far more understated than a traditional conference. Name badges were non-existent. One of the speakers — Roslyn Johnson-Karamoko, founder and CEO of Détroit is the New Black — delivered her “presentation” curled up and barefoot on a couch. At one point, the clicker for the PowerPoint slides disappeared, leaving some members of the Fifteen Seconds team to search the room for the device.

The casual on-stage vibe resonated with the audience. While some were dressed formally in suits and dresses, others were in t-shirts and jeans. And the come-as-you-are energy helped the audience feel comfortable participating in the question-and-answer period following each speaker. One attendee asked for advice on how to unlock the brain while struggling with addiction. Another requested assistance with raising creative children. One woman stood up after Johnson-Karamoko’s speech and, on the verge of tears, shared her appreciation for the speaker’s openness on what can be challenging topics to address, particularly in front of a crowd of strangers: race, identity, and self-acceptance.

That kind of emotional response whet Groß’s appetite for the full-scale event to come. “It was beautiful to see how motivated and engaged attendees were in Detroit,” he said. “We can’t wait to be back.”

One Good Turn Deserves Another
In addition to a positive reaction from local attendees, those who had planned to travel for the original two-day Fifteen Seconds Festival seemed to take the change in plans in stride. “The reactions surprised us,” Groß said.

“Our USA attendees seem to be pretty easy-going. Astonishingly, the tone was more of a ‘we feel sorry for you guys’ than anything else.” That generosity of spirit will be rewarded when Fifteen Seconds Festival’s official U.S. launch takes place next fall. While Groß said that details are still being finalized (and the visa issues resolved), one detail is confirmed: Each attendee who purchased a ticket for the 2018 program will receive one complimentary ticket to bring a colleague or friend to the 2019 event.

And while hosting an event for slightly more than 200 participants resulted in fewer revenues — standard non-student registration passes for the two-day program had varied between $299 for early-bird registrants to as much as $999 for a VIP-style Festival Class Plus experience, while tickets for the Unlimited evening were just $50 — Groß considers it a success. So much so that Fifteen Seconds is considering holding additional Unlimited events throughout the coming year to continue building a base for the flagship event in Motor City.