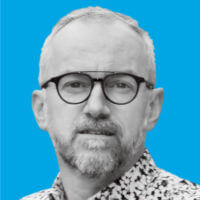 The new product was shared in 18 hub locations.

A global pharmaceutical company faced a unique challenge last year: It needed to educate 400 physicians across Spain about a new product. There would be material to present, speakers, and ideally, a social component to the gathering — networking, a meal, and an opportunity to meet a local sales representative. But physicians are a busy target audience, difficult enough to pull together in person, let alone to an event requiring travel.

It was a perfect opportunity for a multi-hub digital event.

“I’m sure half of them couldn’t have traveled to an event in person because it was too much hassle, but going to a site near your home for a couple of hours — that’s perfect,” said Rosa Garriga Mora, DES, a meeting architect for the Kenes Group’s Barcelona office who facilitated the event. “If it wasn’t for this hub format, there’s no way they could have met.”

Mora was tapped by the pharmaceutical company’s longstanding AV vendor, Abbit Meeting Innovators. Maarten Vanneste, president and CEO of Belgium-based Abbit, was looking for a coordinator with a particular expertise. “We shortlisted four good Spanish facilitators, but Rosa was our final choice because she had the best credentials — not least, the DES certification,” he said. “Facilitation in multi-hub [situations] requires special skills.”

The pharmaceutical event was held from 8 p.m. to 10 p.m. on a Thursday in early October of last year. The attendee list included 400 physicians, who were invited to gather in one of 18 locations — mostly hotels and restaurants — across Spain to participate in the event. The presenters spoke from the two main hubs, Barcelona and Valencia, and were broadcast to the delegates watching from the 16 other locations.

SCREEN SHARE
The attendees didn’t just passively watch. After each speaker presentation, there was time for group discussion at each location — time to respond to the content with colleagues, and come up with questions for the speaker. Attendees had two options for posing questions: they could send inquiries through a software polling web app, or speak into the microphone provided at each location. They could be seen by all 400 delegates — and in turn see them, as well.

“We had webcams at each location, so all the time the speaker is talking, on screen or presenting slides, we also always had a mosaic from all the locations’ webcams, and kept changing them, six at a time onscreen,” Mora said. “We wanted to give everyone the feeling that there were many people around participating — not just the people in their room at the time.”

The technology wasn’t difficult to export to the hubs. Abbit handled the technical logistics and staffed the two main hubs with its own people. Then it provided the 16 other sites with suitcases efficiently packed with everything needed to produce the event, so that any local technician, with a webinar instruction in advance, could step in and pull it off. Mora fielded comments from all the locations and performed other moderator duties. “I must say, it was the most intense two hours of my life,” she said. “But it was a very smooth process.”

In truth, it was an opportunity she’d been waiting for. She’d been an attendee at this sort of complex digital event, but she hadn’t yet facilitated one herself. In 2013, Mora had completed the coursework and accreditation as a Digital Event Strategist (DES) through PCMA’s Digital Experience Institute (DEI). The certification caps 25 hours of coursework and a final exam, providing DES candidates with high-tech methods to achieve meeting objectives using complex digital practices.

“Integrating a digital component to an event to include remote audiences has become very sophisticated, and is a great way to support business objectives,” said Jennifer Kingen Kush, executive director of PCMA’s DEI. “There is a whole strategic component to why people choose to do it. You can reach current audiences or new audiences in a cost-effective way, in different geographic regions, or in secondary markets, communicating back and forth.”

Mora had been looking forward to putting her knowledge to use, she said, “and this was a great format for the group’s objectives.”

The interactivity wasn’t initially a priority with the client, whose focus was on disseminating information. But Mora convinced them that it would pay off in securing attendee interest in what would be a more enjoyable and memorable event.

“Abbit and I pushed a lot for this interactive component. Clients tend to, at the beginning, be more likely to think that it’s not that important — they think the speaker and presentation are most important,” she said. “But I’m glad we pushed to involve the audience. That really makes a difference — since the technology lets you have people face-to-face, you should use that to your advantage. Otherwise, it’s just a lecture.“