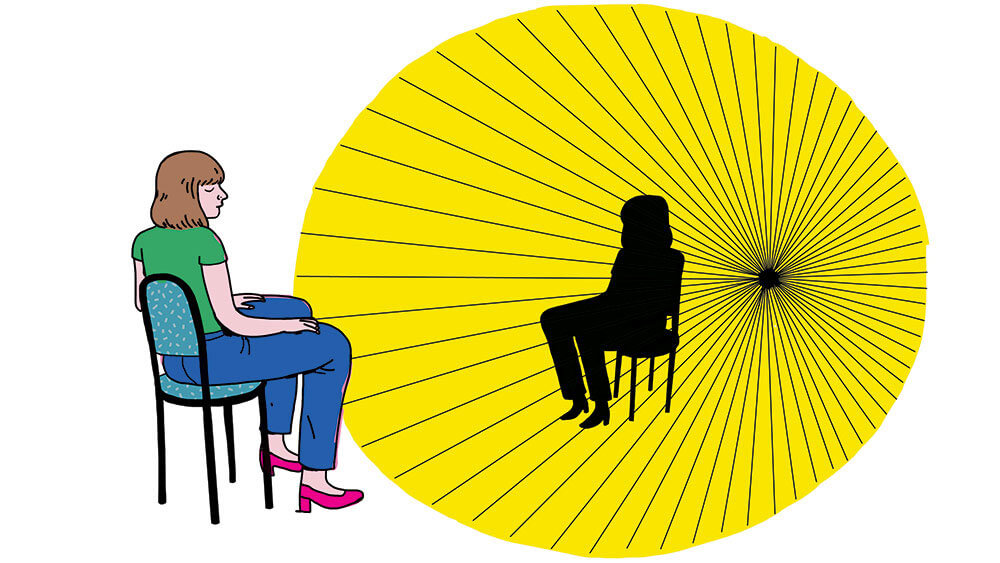 Approximately 250 attendees convene at the Afterlife Awareness Conference each year to discuss what organizers call “new spiritual horizons related to death and the afterlife.” (Illustration by Carmen Segovia)

Meetings and events are about connecting with others. At the Afterlife Awareness Conference, the “others” refer not only to fellow participants but to those who’ve passed on. The annual event has served as a gathering place for people seeking evidence of life after death since it was founded by Terri Daniel in 2010.

“At the time, the survival of consciousness beyond physical death wasn’t adequately represented in traditional forums such as scientific or bereavement conferences,” said Daniel, a clinical chaplain, certified trauma professional, and end-of-life educator. “There’s too much mass communication and open exchange of ideas today for us to remain in the dark ages about the relationship between physical science and mystical experience.”

Sessions, which will be held digitally this year, fall into four categories: bereavement: the next step — help for dealing with the end of life; academic study, theological discourse, and scientific research; higher consciousness in clinical settings; and spiritual exploration: after-death communication and out-of-body experience. Though the sudden nature of this year’s switch to digital did not allow time for virtual sessions to be approved, sessions at the typical in-person event often provide American Psychological Association continuing education credits.

“Over the years, in order to continue reaching wider audiences, we’ve evolved our content to include a larger spectrum of topics and interests,” Daniel said, including multicultural death traditions, ceremonial work, and the intersection of spirituality and psychology.

Though the event is going digital for the first time this year, Daniel said the event will follow a very similar schedule to the in-person event, including sessions like “Dream with the Departed” and “Soul-Centered Transformational Tools.” If attendees connect with those in the afterlife, connecting with presenters on Zoom should be a breeze.