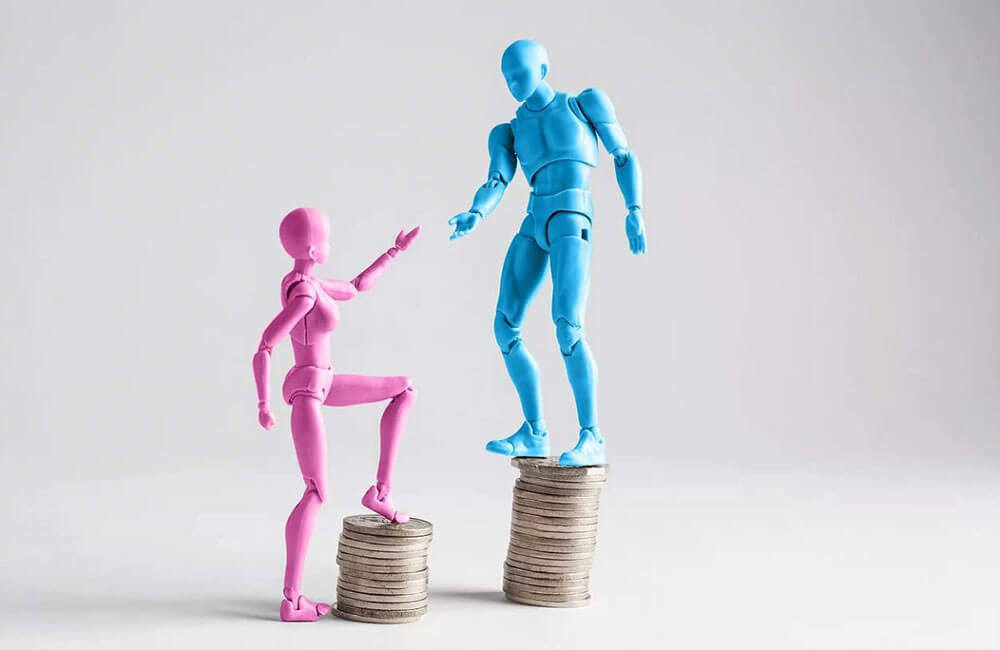 Oversight is needed if artificial intelligence is to help remove the unconscious biases that are often blamed for inequality in hiring, promotion, and pay. (Adobe Stock photo)

If managed correctly, AI removes the unconscious biases that all humans have and that are often blamed for inequality in hiring, promotion, and pay. But that’s a big “if.” Many assume that technology is always objective. “We don’t think that the machine has an opinion. We forget that there’s a programmer behind every machine that has told it how to prioritize,” said Swedish journalist Andreas Ekström, who spoke on NPR’s TED Radio Hour on the topic of bias in tech. “You can say that there’s not a single search query that you can make that is unbiased, because it’s all an effect of what a real person has decided that the algorithm should do.”

Not only can algorithms reflect the implicit bias of their creators, AI on its own is ill-equipped to monitor bad human behavior. Case in point: Tay, an AI chatbot originally released by Microsoft via Twitter in 2016, was created with the intention of learning conversation patterns through interaction with human Twitter users. But within 16 hours of its release, Tay was shut down for its inflammatory messages, which were influenced by the users it had interacted with. Microsoft released an official apology, and wrote that it would bring back Tay only when it was “confident we can better anticipate malicious intent that conflicts with our principles and values.” Such are the problems companies promoting AI solutions understand must be addressed if the technology is to reach its full potential. In an interview with Convene, Adam Zoia, CEO of CompIQ, an enterprise software platform that uses AI to provide companies with real-time compensation benchmarking, cautioned that “data science models need to be carefully controlled.” Not feeding data-science models information such as gender and ethnicity, he added, is what makes them truly effective.

With sexism, racism, and ageism all often currently playing a part in which candidates get selected for an interview, recruiting is one area where experts say AI can have a big impact. New York startup Pymetrics, says its software helps companies evaluate job applicants with AI tools and neuroscience-based games that aim to be nondiscriminatory.

The way it works, according to the company, is existing employees play neuroscience games; Pymetrics analyzes the data and identifies trends; the company builds custom algorithms and audits for bias; and then job candidates from inside and outside the company play games and are matched with opportunities.

But AI has the potential to resolve gender inequity issues in the workplace beyond its use as a recruiting tool. Alex Cresswell, Pymetrics’ former managing director EMEA, wrote an article last April on personneltoday.com on how AI can help battle the “confidence gap,” which, as noted in a 2003 study by a group of psychology professors, is the tendency of men too overestimate their abilities while women underestimate theirs.

In the workplace, the “confidence gap” often translates to women being less likely than men to apply for senior roles. And Cresswell said he believes that by identifying leadership potential using AI, companies can nudge individuals to go for opportunities they otherwise would have passed up.

“Technology, and in particular AI, can also help us find ‘hidden’ talent through revealing some of the less obvious factors and commonalities that lead to success,” he wrote. “It enables us, at scale, to identify suitable candidates and employees who have the potential to succeed in a more senior position and then we can invest in their development knowing that the chances of success are high.”

Denver-based startup Pipeline Equity uses AI tools to track companies’ gender- equity metrics, making suggestions about who to promote or how to better diversify a team. The AI tools assign scores to candidates based on their skills and weigh the gender makeup of a team to find the best person for each position, whether by making a new hire or promoting from within. Afterwards, Pipeline monitors the impact of those changes.

Pipeline CEO Katica Roy told Fast Company that while companies and organizations are beginning to make public pledges to achieve equity, turning those statements into actionable steps can prove challenging.“It is harder,” she said, “to live the pledge than to make it.”

Though AI solutions hold promise, companies and organizations still struggle to find bias-free ways to hire, promote, or pay workers. That’s backed by the WEF study, which found that on average women across the world are paid just 63 percent of what men earn, and by Convene’s Annual Salary Survey, which each year finds that female respondents make considerably less than their male peers.

Despite the persistence of the pay gap, CompIQ’s Zoia remains optimistic about the impact AI can have in the near future. “I think it’s going to be helpful,” he told Convene, “because it’s going to allow companies to identify problems, frankly, that they wouldn’t necessarily, otherwise, have been able to notice.”