The “reimagined” Miami Beach Convention Center is among the career highlights of William “Bill” Talbert III, president and CEO of the Greater Miami Convention & Visitors Bureau.

William “Bill” Talbert III, CDME, has spent three decades with the Greater Miami Convention & Visitors Bureau (GMCVB); first as chief operating officer for nearly 10 years before serving as president and CEO for the past 20. Talbert recently announced plans to “reboot” — he will serve as a consultant to GMCVB after a new leader is chosen until his contract with the organization expires in 2022, at which point he plans to end his time with the CVB but remain involved in the travel and tourism industry. Talbert recently spoke with Convene about his career highlights. 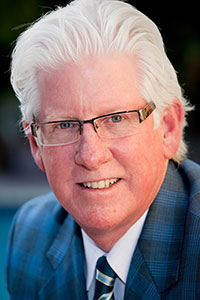 What are the biggest changes you have seen in the events industry during your career?

I’ve been here 30 years, so that’s a marker. Pretty much everything we do today is different than in 1990. Technology has been a game changer. Back in 1990, I’m not sure there was full internet. You couldn’t do online sales. Cell phones were just kind of rolling out. There was definitely no social media. When you put your finger on a year and look at what was happening in that year — I mean, wow. No internet, cell phones, social media, online sales, no digital. Almost everything is different today.

What are the biggest changes you have seen in the role of DMOs during your career?

The biggest change is we’ve taken the “M” out of DMO. We’re now stewards and the brand managers of the destination. If you think about it, we’ve always been a jobs program, and we still focus in on that, but now the steward umbrella gets us into areas like workforce housing and those kinds of neighborhood development [aspects of a destination]. So that’s a changing role at the DMOs wouldn’t have been in the past.

We [also] spend more time than we ever did, and rightfully so, with our elected officials. I think we’ve all come to understand that they’re an important customer.

If you had to pick just one highlight over the course of your career, what would it be?

That’s obviously tough for anybody [to answer]. But the most recent one in the last 30 years is the re-imagined Miami Beach Convention Center and attached 800-room headquarter hotel. The reimagined Miami Beach Convention Center was financed in part by a voter-approved, one-percent increase in hotel tax in Miami Beach that we were very much involved with getting passed. And the headquarter hotel issue was one that we worked on day and night.

What is the biggest lesson you learned over the course of your career?

What was the biggest risk that paid off over the course of your career?

The majority of our business has come by air to Miami. And obviously 9/11 was an air disaster. We were all traumatized and didn’t know how that was going to pan out. But what we did very quickly is come up with a new … softer, more sensitive marketing program. And we launched that program within a month or two of 9/11. Was that a risk? Some would have said yes, that you’re out there too early. People aren’t going to travel. Were we criticized by some? Yeah. But you do what the research tells you. And once again, kind of like where we are now, you get pent-up demand for travel. So that messaging and marketing worked very well.

What was the biggest experiment that gave you a valuable insight, whether it worked or failed?

My response is: We don’t experiment with precious marketing dollars. We invest them.

What are your next plans?

I’m still going to be involved in the travel and tourism industry. I’m not leaving Miami. I’ve got sand in my shoes. I raised a family here and I think the future for Miami and Miami Beach, the sky’s the limit. … As long as I’ve been here, there are still things I haven’t seen. Still things I haven’t done.