In a photo posted on Twitter, four COVID-19 rapid tests sit side by side. The first two show only one red line, a negative result, but if you look closely enough you can make out a faint second line in the third. In the fourth, the second line is bold red and clear as day. But the backstory that makes this photo — posted Dec. 21 on Twitter by Billy Quilty, an infectious disease epidemiologist at the London School of Hygiene & Tropical Medicine — notable is that all of the rapid tests were taken just hours apart, within the same day. It’s “a demo of how fast you can turn positive,” Quilty tweeted.

In late 2021 and early 2022, as case numbers due to the Omicron variant broke new COVID records, many public health experts like Quilty have become more vocal about the need to switch the focus to rapid antigen testing. Even though studies show that rapid tests are less sensitive than polymerase chain reaction (PCR) tests, their lower cost, accessibility, and immediacy make rapid tests the preferred method for those traveling or gathering in large groups. Michael Mina, an immunologist and epidemiologist, is a proponent of rapid testing for this reason.

Formerly a professor at Harvard T.H. Chan School of Public Health, Mina is now the chief science officer for diagnostic testing company eMed and has penned numerous passionate op-eds for TIME and The New York Times about the benefits of rapid testing to curb COVID’s spread.

“The safest approach is to recommend a rapid test hours before travel,” he tweeted in late November 2021. “In the midst of Omicron, instead of border lockdowns, we can use rapid tests just before a flight. Could even consider a PCR 24-48 hrs before [and] a rapid test just a couple hours prior to flight.”

He also pointed out that rapid testing for several days could be done in lieu of a two-week quarantine after international travel.

A demo of how fast you can turn positive:

Do LFTs *just* before meeting up. pic.twitter.com/3zM2rDkoa7

But testing just hours prior to travel or entry at an event presents huge logistical hurdles for both organizers and attendees. For attendees, there is still the risk of testing positive and losing the financial investment they’ve made in the trip — although some travel insurance policies may cover some of those costs. And for organizers, there is the question of refunds as well as the process of isolating those who test positive on site.

At press time, at-home rapid tests were in scarce supply in many U.S. cities. This hasn’t stopped some organizers from trying, however. CES provided at-home Abbott BinaxNOW COVID-19 tests at its January 2022 convention in Las Vegas, and asked attendees to complete them at least 24 hours before entering a CES venue. Last October, COP26 required attendees to not only perform multiple PCR tests prior to and during the event but also rapid Lateral Flow Device (LFD) tests in their hotel room or other accommodations venue prior to entry each day.

Total Testing Solutions (TTS) provides testing services at venues like the SAP Center in San Jose, California, as well as pop-up testing sites for events at venues local and national. TTS cofounder, Geoffrey Trenkle, D.O., told Convene in an e-mail that they have seen “incredibly high demand” for this kind of service for business events and conferences since the Omicron variant kicked into high gear. Angie Silberhorn, CMP, meeting services director for the Water Quality Association (WQA), is finding it challenging to book services like those that TTS offers for WQA’s upcoming convention. WQA’s 2022 Convention & Exposition is scheduled for April 5-8, 2022, at the Orange County Convention Center in Orlando, Florida. At press time, Silberhorn said they were still deciding on what their exact vaccine and testing policy might be for the event, but offering on-site rapid testing was on the table.

“Finding providers who are both qualified and available is a challenge,” Silberhorn said. “The health-screening provider we worked with last year is fully booked through October 2022 and unable to support us this year. In talking with two other potential providers, we’ll have to contract very soon (and absolutely no later than 45 days out) or risk them being unavailable as well.”

Then there is the issue of cost. For WQA’s four-day event, currently expected to host around 2,000 attendees (about 65 percent of their historical attendance), Silberhorn expects all their safety measures — pre-departure vaccination verification (and/or a negative test), on-site rapid testing, and pre-departure PCR testing for travel purposes along with daily health screenings and a mask mandate — could push them up to $120,000 over budget. “So, yes, cost is an enormous factor,” Silberhorn said, “along with vendor availability.” 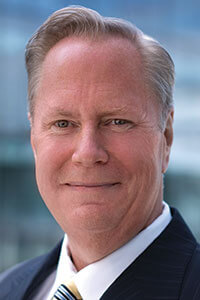 Bill Reed, FASAE, CMP, chief event strategy officer at American Society of Hematology (ASH) feels it is more costly not to offer access to testing. “I feel so strongly about testing. I lament that too many organizations are considering this issue from an expense perspective, which, in my mind, is a perspective that needs adjusting,” he said in an e-mail to Convene. At the 63rd American Society of Hematology Annual Meeting and Exposition 2021, held in Atlanta on Dec. 11-14, attendees could choose from rapid antigen, NAAT, and PCR tests at no extra cost. Testing was encouraged but not mandatory.

“ASH encouraged participants to test frequently and as often as they liked throughout the meeting because continual testing was important to safety, and more important than what it would cost ASH to do this,” Reed said. “With proper protocols in place beyond social distancing and masks, testing is pivotal. Too many are focused upon the illusion of safety rather than setting the bar higher with actual safety.”

The New York Times explores the differences between rapid and PCR tests at nytimes.com.