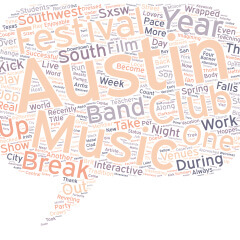 At PCMA’s Convening Leaders Live MashUp Studio, Sarah Soliman sat down with Mike Shea, executive director of South by Southwest, to discuss how he and his 200-person team put together the massive and multifaceted festival in Austin every year. Shea talked about the event’s goals and challenges, and how they’ve evolved over the past 30 years.

One big change is the impact of technology. In order to increase attendee participation in the curation process, SXSW developed a proprietary software called “Panel Picker.” If you want to present at the festival, you submit your idea via Panel Picker; it’s then posted online where attendees vote for the content they’d like to see at the conference.

Listen to Shea describe the system below, along with a similar system used for the music festival.

Shea also talked about how every year SXSW brings hundreds of thousands of people to Austin, Texas, providing approximately $548 million in economic impact for the city — by comparison, the 2016 Super Bowl had a $500 million impact, he said. One of the biggest challenges is to get audiences to understand that, at its core, SXSW is really a business event, he added. “It’s B2B,” he says, including music, film, interactive technology, education, and more. “Our main goal,” says Shea, “is education and business.”

Check out the full interview with Shea below.  You can also find Shea’s hour-long presentation “SXSW — The Makings of an Iconic Event,”  as part of Convening Leaders 2017 Sessions On Demand.