Asia Pacific continues to be a dominating force in the global landscape and with some of the world’s largest and most dynamic economies, an emerging centre of the world economy. Hear from Dr. Noeleen Heyzer as she addresses sustainable development given the challenges of diversity and disparities that mark the region, strengthening regional cooperation and how the business events industry will play a key role addressing global concerns on sustainability, shared prosperity and social progress.

Brought to you by Korea Tourism Organization. 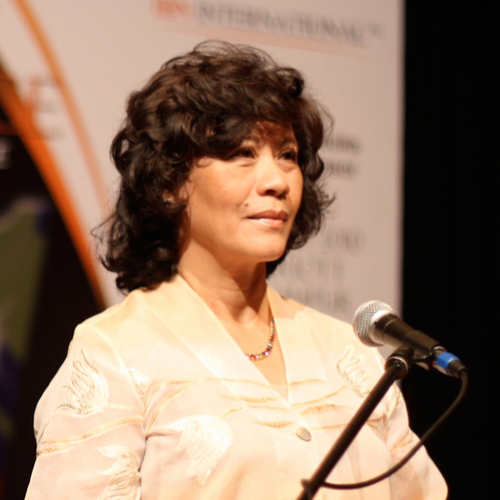 Noeleen Heyzer, a social scientist, was an Under-Secretary-General of the United Nations (2007-2015). She was the first woman to serve as the Executive Secretary of the UN Economic and Social Commission for Asia and the Pacific since its founding in 1947. Under her leadership, the commission focused on regional co-operation for a more resilient Asia-Pacific, founded on shared prosperity, social equity, and sustainable development. She was at the forefront of many innovations including for regional disaster preparedness, inclusive socio-economic policies, sustainable agriculture and urbanization, energy security and regional connectivity. She was also the United Nations Secretary General’s Special Adviser for Timor-Leste, working to support peace-building, state-building, and sustainable development in fragile states.

As the previous Executive Director of the UN Development Fund for Women, she was widely recognized for the formulation and implementation of Security Council Resolution 1325 on Women, Peace, and Security and undertook extensive missions to conflict-affected countries worldwide.

Dr. Heyzer served on numerous international boards, including the High-level Commonwealth Commission on Respect and Understanding chaired by Nobel Laureate Prof. Amartya Sen. She is currently on the United
Nations Secretary General’s High-Level Advisory Board on Mediation; a member of the Kofi Annan Global
Commission on Elections and Democracy in the Digital Age; and an Eminent Person of the United Nations
Regional Commission for Asia Pacific. She has received major international awards for leadership, including the Dag Hammarskjold Medal in 2004, for her work on Women, Peace and Security. The Dag Hammarskjöld Medal is given to “a person who has promoted, in action and spirit, the values that inspired Dag Hammarskjöld as Secretary-General of the United Nations and generally in his life: compassion, humanism and commitment to international solidarity and cooperation”.

She holds a BA Upper Hons and MSc from Singapore University, a PhD from Cambridge University. Dr. Heyzer is a popular keynote speaker in high demand by the public and private sectors, think tanks and by civil society. Her leadership journey and insights received the highest rating and have been described as “extremely inspiring” by the 2012 and 2014 editions of the UN Leader’s Programme.